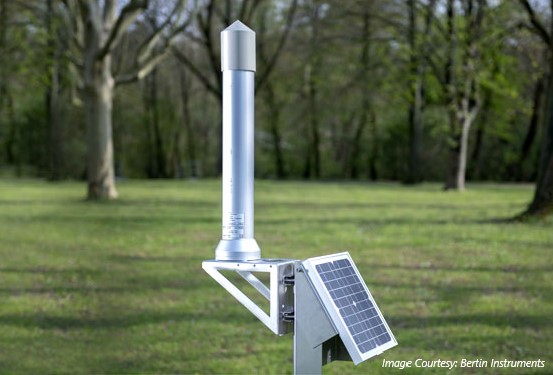 Bertin has been chosen by the authorities of Switzerland and by the European Commission – on behalf of Armenia – to provide tailored radiation monitoring systems. These new contracts reassert Bertin’s strong expertise in Environmental Radiation Monitoring Systems (ERMS) and demonstrate its flexibility to meet specific requirements.

The Swiss authorities chose Bertin for the renewal of their MADUK1 and NADAM2 radiation monitoring networks. Bertin Technologies also won a tender for ANRA (Armenian Nuclear Regulatory Authority), within the framework of a contract funded by the European Union, to provide equipment and services in order to improve radiation monitoring near and around the Metsamor nuclear power plant3 in Armenia.

Bertin’s solutions perform the surveillance of radioactivity in air, soil, and water around nuclear facilities or for nationwide monitoring purposes to help ensure human safety. They include a broad range of sensors, including gamma dose measurements, air monitoring, and spectroscopic analysis for radionuclide identification. Collected data is transmitted through secured and emergency proof channels including radio, 4G or satellite.

A central data management system allows managing, analyzing and visualizing the situation in real time. “For these tenders, requirements were quite challenging. We had to adapt our products to the customer’s needs with the development of new features such as an improved build in solar supply, eventually deployed in all our future projects. Therefore, our well-known expertise and flexibility make us a partner of choice for the major players in the nuclear industry”, says Rainer Dielmann, Bertin GmbH Director.

Backed by the in-depth know-how of Saphymo (acquired in 2015), Bertin has developed and optimized cutting-edge instrumentation equipment for the detection and monitoring of ionizing radiation, which complies with the strictest international requirements.