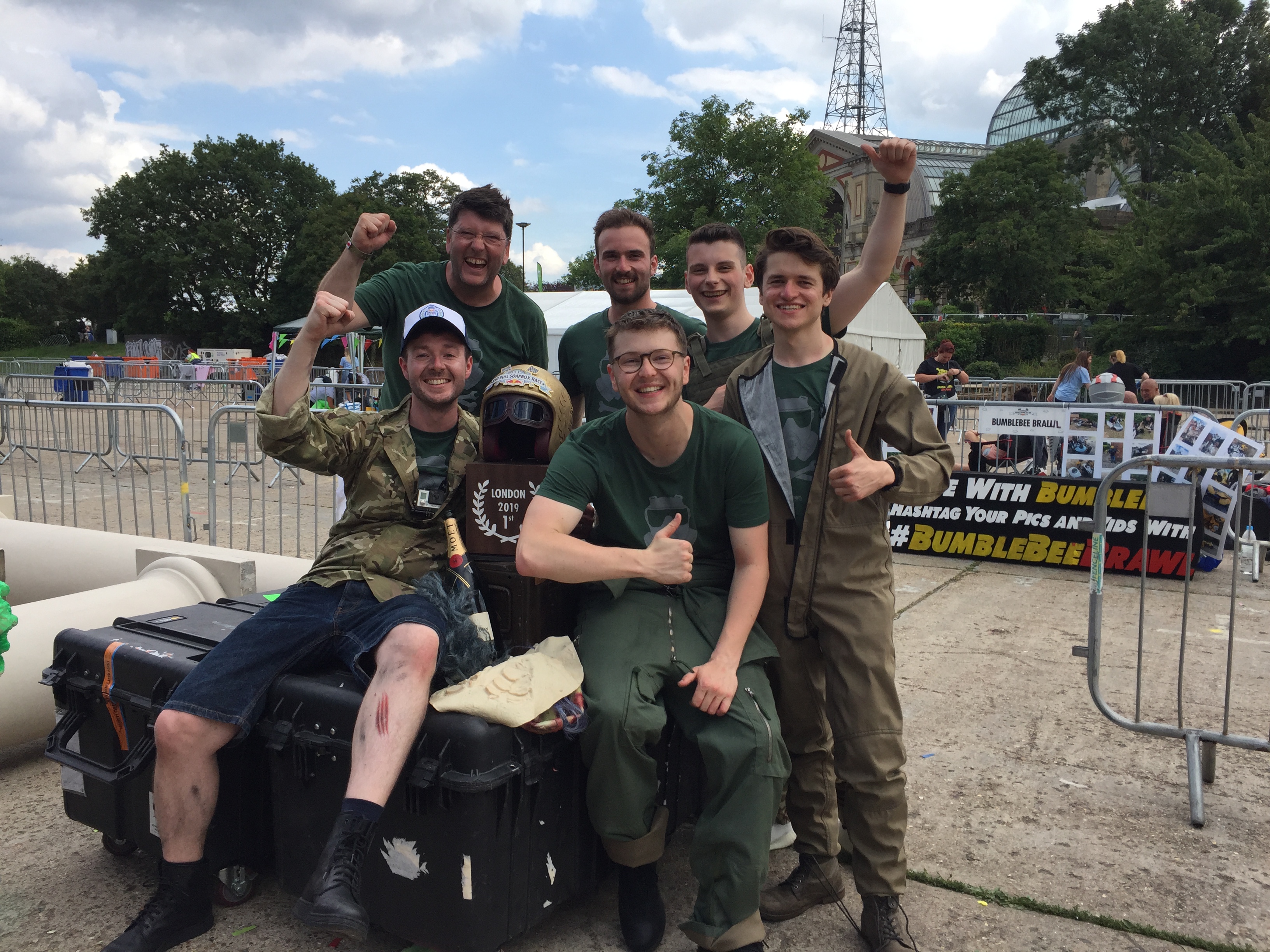 A team of employees from Avon Protection won the Red Bull Soapbox Race.

Avon Protection’s Team GasGasGas first competed in the Red Bull Soapbox Race in 2017 where they rolled into a very respectable 14th place out of 75 teams. This year their story continued and their application impressed the judges so much, that they were selected to take part in the 2019 Red Bull Soapbox Race at Alexandra Palace in London on the 7th July and went on to become champions winning 1st place.

This year Team GasGasGas comprised of seven employees from different departments across Avon Protection including engineering, IT and corporate. Willy’s Jeep Ratrod inspired this year’s design, with the original Willy Jeep in service in the early 1940’s which was commonly used in World War II.

Team GasGasGas raced down the 450 metre course at Alexandra Palace to a crowd of 20,000 people including Avon Protection employees and their families. The team were super excited to take part in this international event, in which amateur driver’s race homemade unpowered vehicles down a track featuring ramps and chicanes.

Jack Alexander,  commented on the event and their victory “I’m still in awe about GasGasGas’ achievement, a combination of robust design, technical knowledge and a smashing run. What really helped us was re-using the chassis from 2017, this allowed us to focus on the bodywork and design to help bring in the creativity points. I would like to thank everyone who supported us in our journey, came to watch us race and for giving me the opportunity to sit in poll position, a big weight on my shoulders but I’m glad I didn’t disappoint!”

Nick Hunter, Team Captain added, ‘“What an amazing weekend!  From the point we heard we’d been selected to take part we had 90 days until race day.  The engine with moving Red Bull can pistons really drew in the crowds at the event and scored us some creativity points with the judges so a big thank you for Seb & Phil for engineering that.  Jonny was in charge of directing our start line performance which also went down well with the judges and Jack was fearless with his drive catching some impressive air over the ramps.  We knew we’d put on a show to be proud of but didn’t expect to win at all. I look forward to entering it again in two years’ time to defend our title!”