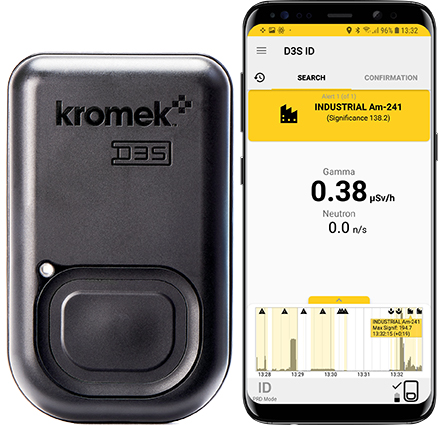 The D3S products were developed under the SIGMA programme, an initiative of the US Department of Defense’s Defense Advanced Research Projects Agency (“DARPA”).  The aims of the SIGMA programme are to revolutionise detection and deterrent capabilities for countering nuclear terrorism by developing more capable radiation detectors while lowering costs, along with innovative deployment strategies. Kromek has developed a family of products and technologies under this programme, which has been deployed and field-tested in areas of strategic importance in the US and globally.

Arnab Basu, CEO of Kromek, commented: “The D3S platform continues to gain traction in the US and the rest of the world. We are working with a number of high value-customers in a number of countries for deployment and implementation of this technology. These new contracts are great examples of the commercial progress in this area as well as the varied security and military applications for our D3S family of products.”

For more information on the Kromek D3S range click here