Mopping up the spillage

Written by Andrew Johnston and Jesse Garrick. Published on 22 August 2012. 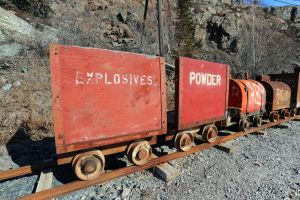 Roughly 3,500 tonnes of ammonium nitrate go missing each year in India, and the level of supply is reaching record highs in Afghanistan. Are these facts connected?

Ammonium Nitrate (AN) and its explosive alter-ego ammonium nitrate/Fuel Oil (ANFO) have long been an explosive of choice for terrorist groups around the world.

The popularity of ammonium nitrate as a bomb-making ingredient is no surprise given its ubiquitous usage in the mining, blasting and fertiliser industries. These often poorly guarded sites, along with the transport routes that supply them, allow for relatively easy access to this explosive precursor. The IRA and 'Lone Wolf’ terrorists such as Timothy Mcveigh (Oklahoma City Bomber) used just such opportunistic tactics to devastating effects.

Earlier this month India suffered several, low-intensity ANFO bomb blasts in the city of Pune. The effects of the four bombs were minimal but they do perhaps point to a wider problem in India today. India imports 350,000 tonnes of AN a year, almost exclusively in bulk into Vishakhapatnam Port. According to the Times of India, under current laws it accepted that up to 1% will be lost through 'spillage’ and importers are not questioned about any loss up to this amount, as it is deemed unavoidable. But a 1% loss still amounts to 3,500 tonnes of AN that go missing at the Indian port every year and are totally untraceable.

An Indian intelligence official stated that \"This is the loophole that is prone to exploitation where unscrupulous elements may sell the chemical to unverified sources during transportation out of ports. …To make a bomb, you need no more than a kg of ammonium nitrate\".

This spillage has become even more concerning given that Jihadis are increasingly turning to ANFO as a cheap, accessible, easy to make explosive. Jihadi websites also appearing increasingly recommend the use of AN in their bomb making manuals.

The Indian government has taken steps to control the use of AN by including the compound in the 1884 explosives act (45% or more AN content now regarded as an explosive), and is developing an explosives tracking system to monitor AN spillage in the supply chain. This may be too little too late however, as enough Ammonium Nitrate to make thousands of IED’s is potentially finding its way into the hands of terrorist groups already.

A good deal of AN is finding its way into Afghanistan. In June, 2012, Afghan and US troops encountered 1,900 IEDs, more than in any other month since the beginning of the war, 11 years ago. The Washington Post has pointed to reports, which suggest that the AN being used to make IEDs in Afghanistan is being sourced from from two industrial plants in Pakistan. The manufacturer responsible for the two plants has been named as Fatima Group, based in Lahore, and the Group is alleged to have so far refused to co-operate with US officials, who wish to block their supply route.

According to the same report, roughly 480 tonnes of AN have been seized by troops this year, which is enough material to manufacture 30,000 to 50,000 IEDs. If these calculations are correct (we think they may be somewhat exaggerated), then the 3,500 tonnes of AN going missing in India each year represent enough material to manufacture anywhere between 218,750 and 364,583 IEDs.