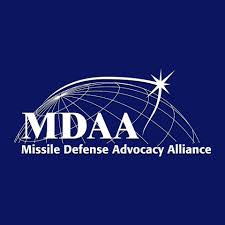 “First, we will prioritize the defense of the American people above all else. Our review calls for 20 new ground based interceptors at Fort Greely, Alaska and new radars and sensors to immediately detect foreign missiles launched against our great nation. We are committed to establishing a missile defense program that can shield every city in the United States.”  – President Donald Trump speaking at the release of the 2019 Missile Defense Review (MDR) at the Pentagon on January 17, 2019.

The MDR in January stated that by the beginning of 2023 the additional 20 GBIs would be deploying. The Missile Defense Agency (MDA) in the Fiscal Year (FY) 2020 budget request released in March stated, “MDA anticipates emplacing 20 additional GBIs tipped with the RKV beginning in the FY 2025 timeframe.”

Tomorrow, the Redesigned Kill Vehicle (RKV) that was solely selected and scheduled to be on each tip of the next 20 new Ground-Based Interceptors (GBIs) for the enhanced defense of the United States Homeland from North Korea and Iran, will be terminated by Dr. Michael Griffin, the Under Secretary of Defense for Research and Engineering.

“Ending the program was the responsible thing to do… Development programs sometimes encounter problems. After exercising due diligence, we decided the path we’re going down wouldn’t be fruitful, so we’re not going down that path anymore. This decision supports our efforts to gain full value from every future taxpayer dollar spent on defense.” – Dr. Michael Griffin, Under Secretary of Defense for Research and Engineering.

This decision will delay the deployment of any additional GBIs for the defense of the United States homeland to the 2030 timeframe at the earliest under the current acquisition requirements to compete for a required new and modernized GBI solution, to adequately test the solution, and to prove and certify the solution in operational and realistic conditions with operators of the system. The decision by Dr. Griffin also delays the modernization of the current 44 GBIs, currently made up of three generations of technical capability with the earliest from the 1990s and the last generation with the highest reliability just proven in the salvo launch of FTG-11 on March 25, 2019, which puts the United States homeland more at risk until a new GBI solution is deployed as North Korea and Iran continue to develop their Intercontinental Ballistic Missile (ICBM) capabilities and increase their capacity in numbers over the next decade.

This decision now force functions offensive left of launch capabilities to include cyber, more investment in a premature air-to-air kinetic boost phase interceptor, and a reliance on a underlayer of Navy Aegis Ballistic Missile Defense (BMD) ships by increasing the deployment and existing production of the Navy’s Standard Missile-3 (SM-3) Block IIA interceptors as well as Baseline 9 & 10 Aegis BMD ships for ICBM defense that is scheduled to be proven next year by MDA to help mitigate the national security risk over the next decade until the new GBI solution is developed, tested and deployed. The underlayer of U.S. Navy Aegis BMD is not a substitute for the massive defensive coverage of the North American Continent provided by the Ground-Based Midcourse Defense (GMD) system with the current 40 GBIs located in Fort Greely, Alaska and four GBIs in Vandenburg AFB, California. Navy Aegis BMD ships can supplement the GMD system by providing an existing mobile capability for smaller regional areas of the United States as they are doing for Europe and Israel from the threat of shorter range ballistic missiles.

Dr. Griffin is absolutely correct in absorbing the risk and terminating the RKV program to compete, develop, and produce the best technical solution or solutions with the most reliability to put on top of a $80 billion plus invested GMD architecture to best defend North America from the future complex ICBM threats that the United States will face in the future.