Liberty Defense Holdings Ltd.a leading technology provider of threat detection solutions for concealed weapons, is pleased to announce that it has signed an agreement with The Greater Toronto Airports Authority (“GTAA”) to trial HEXWAVE™ at Toronto Pearson International Airport (“Toronto Pearson”) during the third quarter of 2022.

Toronto Pearson will be the first airport in the world to trial the HEXWAVE walkthrough security detection portal. Several key members of the Liberty Defense team, including CEO Bill Frain, have previously been involved in the development and mass deployment of key screening technologies that are commonly found today at airports around the world.

“The HEXWAVE is planned to act as an additional layer of security at airports, extending the perimeter of the screened area to include the entrance to the airport itself,” said Bill Frain, CEO of Liberty Defense. “As airports continue to look at innovative ways to improve security, technology like HEXWAVE provides the ultimate solution.”

This strategy is known as a layered defense strategy, and it makes it possible for security teams to detect threats at the perimeter of a property without obstructing the movement of large groups of people. HEXWAVE can operate in both indoor and outdoor environments, providing additional flexibility for deployment of the system.

HEXWAVE uses 3D radar imaging and artificial intelligence, primarily to detect and identify concealed weapons, as well as other threats and anomalies, whether they are metallic or nonmetallic. The experience of passing through a HEXWAVE device is completely seamless. There is no need to stop and remove keys, cell phones, or other items from pockets. Moreover, HEXWAVE does not retain the 3D radar image and only displays a standardized person outline as shown in the figure included here.

“The GTAA places passenger and staff safety as our highest priority, and this means taking a proactive, innovative approach to staying ahead of emerging threats and minimizing them,” said Dwayne Macintosh, Director of Corporate Safety and Security for the GTAA. “We look forward to trialing HEXWAVE, and its potential to enhance safety at Toronto Pearson.”

As previously announced, Liberty is also working with the U.S. Transportation Security Administration (TSA) for demonstration and evaluation of the HEXWAVE and its expanded capabilities for screening aviation workers at a TSA designated airport location to enhance detection and throughput performance. 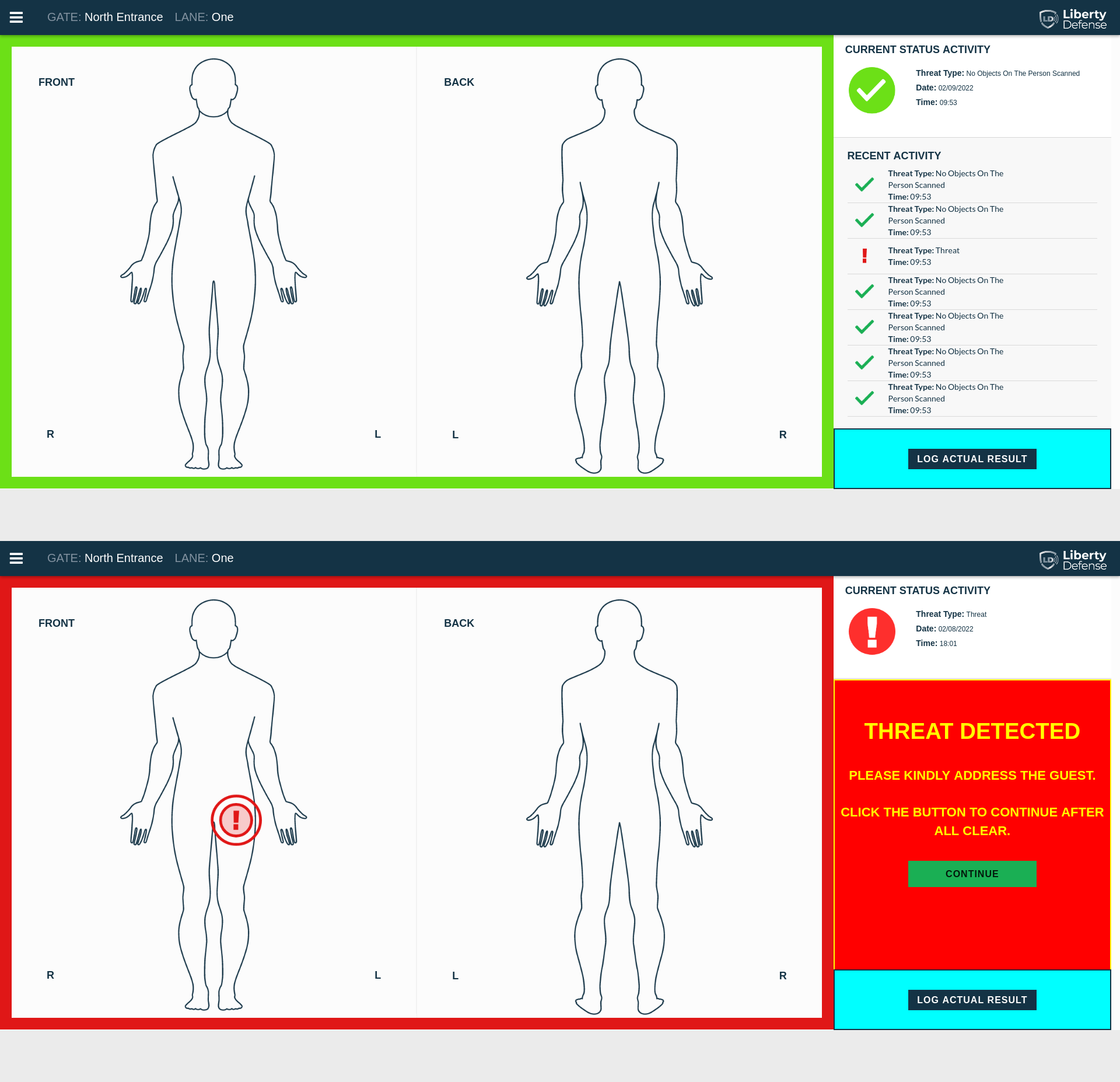