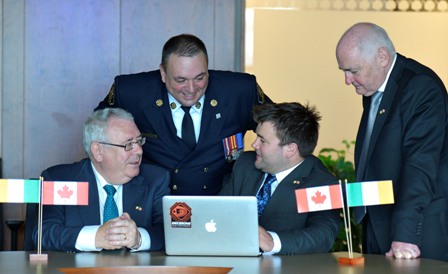 Dublin company Decisions [D4H] has secured a five-year contract with the Government of Alberta, Canada

Dublin company Decisions [D4H] has secured a five-year contract with the Government of Alberta, Canada for their software which improves vital emergency response efforts. Details of the contract were announced earlier this week during the Enterprise Ireland trade mission to Western Canada, which was organized in close cooperation with the Department of Foreign Affairs and Trade and the Embassy of Ireland to Canada and led by the Minister for Trade and Development, Joe Costello TD.

Decisions [D4H] will provide its software to 40 Canadian Search & Rescue (SAR) teams in Alberta. These SAR teams serve a population of almost four million across a landmass over seven times the size of Ireland. The software, which was created in Ireland, allows SAR teams to manage their incidents, personnel and equipment, and submit reports to Alberta’s Provincial Government for the creation of shared statistics.