Get away from her, you bitch! 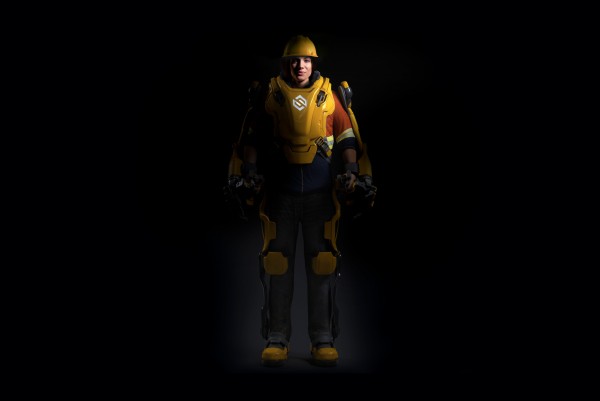 Sarcos Robotics announced a $30M Series B funding raise to help advance the deployment of its Guardian S mobile IoT inspection and surveillance robot, as well as prepare for the launch of the commercial versions of its autonomously powered, full-body industrial exoskeleton Guardian XO product line.

Our dreams of emulating Ripley from Aliens (rather than any of the more dismal sequels) has come one stop closer with Sarcos preparing their exoskeleton for launch... I mean they have a hazmat UGV too... but EXOSKELETONS!

Sarcos Robotics announced that it has secured $30 million in Series B funding from a consortium of investors co-led by DIG Investment and Alex. Brown & Sons. Each of the Company’s Series A investors also participated in this round, including Caterpillar Ventures, Cottonwood Technology Fund, GE Ventures, Microsoft, Schlumberger and Sarcos’ chairman and CEO, Ben Wolff.

This Series B funding will be used to expand Sarcos’ team, scale the production and deployment of its Guardian S mobile IoT inspection and surveillance robot, and prepare for the launch of the commercial versions of its powered, full-body industrial exoskeleton Guardian XO product line in late 2019.

Sarcos has also launched its next generation ground-based surveillance and inspection robot, the Guardian S, that is uniquely capable, cost-effective and man-portable. The Guardian S has been designed for wide applicability in industries including manufacturing, construction, mining, oil & gas, power, aerospace, maritime, petrochemical, mining, defense and public safety. [It looks a bit like a worm, and is promoted for hazmat missions Ed.]

Sarcos’ powered, full-body exoskeletons augment human productivity and safety, their Guardian GT system, the largest in its line of powered exoskeletons systems, can be custom ordered to meet customers’ specific requirements and needs. The Guardian XO and Guardian XO Max will be the first autonomously powered, full-body industrial exoskeletons that materially increase strength and stamina, allowing workers to work more safely and more productively than ever before.

In March, Sarcos announced the formation of an industry-focused Exoskeleton Technical Advisory Group (“X-TAG”) that is comprised of executives from leading companies across a variety of industries, with the goal of identifying key performance and safety requirements necessary to bring powered, full-body industrial exoskeleton systems to the workforce.

“Sarcos is growing rapidly – we’ve doubled our workforce in the last year as we realize our vision of delivering robotic systems that simultaneously reduce the risk of workplace injuries, while also increasing productivity and efficiency,” said Ben Wolff, chairman and CEO of Sarcos Robotics. “This new funding will allow us to continue to grow our team, scale our production and deliver our unrivaled products to customers around the globe to address the unmet global demand for robotic systems that create the safest, most productive workforce possible.”