Flir continutes to push ahead into the robotics market with another purchase to expand their portfolio, they announced recently. They have acquired Altavian, a privately-held manufacturer of small unmanned aerial systems (sUAS) for defense and public safety customers. Altavian’s airframes integrate multiple sensors, including FLIR thermal technology, to provide users with decision support and intelligence, surveillance, and reconnaissance (ISR) capability.

Based in Gainesville, Florida and founded in 2011, Altavian designs and manufacturers Group 1 UAS solutions for long or short range operations. With both quadcopter and fixed-wing UAS designs, Altavian’s expertise includes aeronautics, avionics, and software, and its solutions are engineered around an open system architecture aligned to the needs of government and defense customers. Altavian is one of five drone manufacturers approved by the U.S. Department of Defense under the Blue sUAS program to sell to the U.S. military and federal agencies. 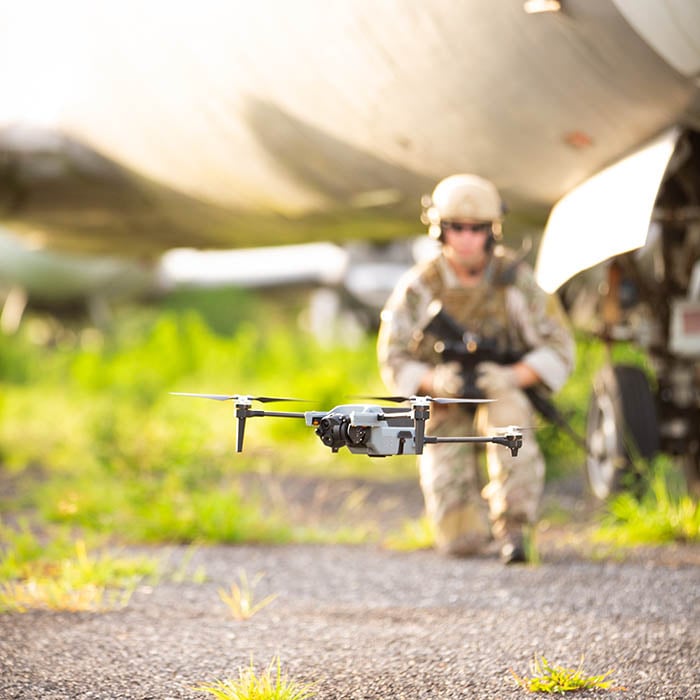 “Altavian’s proven engineering expertise and assets will allow us to offer customers the most comprehensive solution portfolio of any American sUAS provider,” said Roger Wells, General Manager of the Unmanned Systems and Integrated Solutions business of FLIR Systems’ Defense Technologies Segment, under which Altavian will be integrated. “With the addition of both a low-cost, rapidly deployable quadcopter and a longer range fixed-wing UAS, FLIR is strengthening its already impressive drone lineup, including our Black Hornet® and SkyRaider™ platforms used extensively by militaries around the globe. We’re excited about the multiple new franchise opportunities FLIR will be able to pursue for defense, public safety, and industrial markets worldwide.”