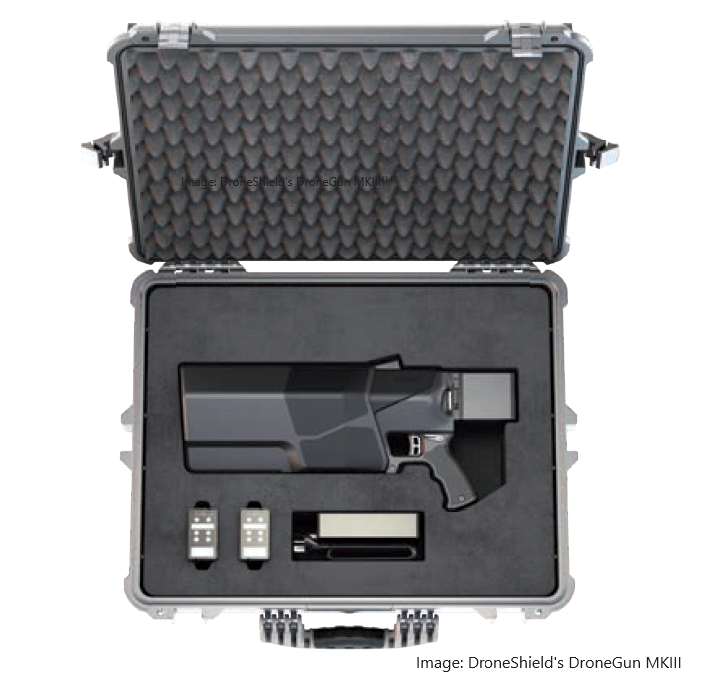 DroneGun MKIII is a portable pistol-shape drone jammer, weighing under 2kg. The Company believes this product is peerless globally, for its combination of size and effectiveness.

DroneGun MKIII can also be used in combination with other DroneShield products, including the RfPatrolTM body-worn detection device and the DroneSentinel stationary multi-sensor detection system.

Product overview can be found here.