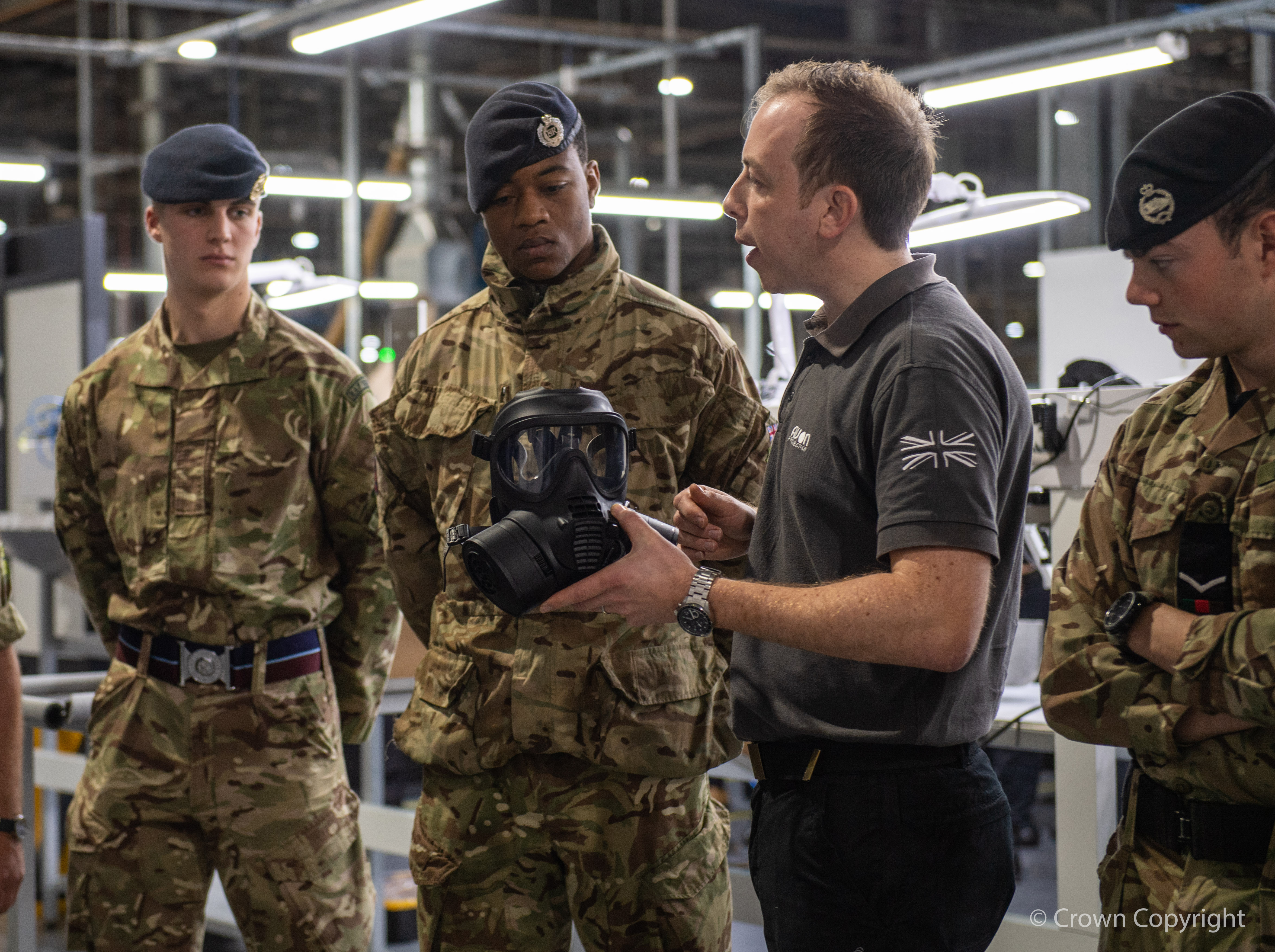 Avon Protection is pleased to announce that the UK MOD General Service Respirator (‘GSR’) is now in production and work has begun to deliver the first order.

Avon Protection was awarded the 5-year contract to resupply and in-service support for the GSR in February 2018. After a year of development, samples of the GSR were provided to DSTL for laboratory testing and User evaluation. These tests were successfully passed and the GSR was accepted into service in September.

Avon Protection received the first order for respirators and spares at the beginning of October.

To meet the needs of full-scale production, two new manufacturing lines have been created to assemble the respirator and filter systems. The £16 million contract has created 22 new jobs at Avon Protection - three management and nineteen shop-floor production - as well as helping to sustain their 180 employees in Melksham, Wiltshire.”

This contract showcases the joint efforts between the CBRN team at DE&S, Avon Protection, DSTL and the User.

”We are delighted to support the UK MOD and service personnel with the GSR respirator and we look forward to continuing a long-term relationship with this strategically important customer. This contract demonstrates the UK MOD’s continued confidence and reliance on Avon Protection to supply product of the highest quality and performance to protect its troops.”