Syria and northern Iraq have been the enfant terrible of chemical weapons use in the past ten years. From chlorine in the early days of Al Qaeda in Iraq, through to sarin and mustard used by Assad and ISIS respectively. A declaration that they had destroyed all their chemical weapons quickly proved to be false, and despite repeated air strikes and sanctions this capability might have been degraded but not destroyed. This does not include the biological weapons capability that Assad is also assumed to possess.

As a détente in Syria looks likely, we ask what the future of Syria, in regard to CBRN, will be? Can we ever see any of the perpetrators brought to account? Can we ever believe any declaration to the OPCW that they make, and how does the international community go about dismantling Syria’s weapons?

We are bringing together an expert panel that has unique insight into this subject and this will be followed by a lively question and answer session.

Joby Warrick, best-selling author and a national security correspondent for The Washington Post 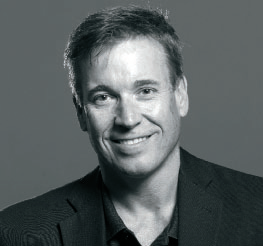 A two-time Pulitzer Prize winner, Joby served for 24 years with the Post’s national and investigative staffs, reporting from Washington and scores of cities around the world. In addition to his latest book, “Red Line,” he is the author of two previous two nonfiction books, including “The Triple Agent” (Doubleday, 2011), a New York Times best-seller about a CIA operation in Afghanistan; as well as “Black Flags” (Doubleday, 2015), a narrative account of the personalities and events that gave rise to the Islamic State. He has written extensively on topics ranging from Middle East conflicts and terrorism to nuclear proliferation and climate change. His articles about illicit weapons trafficking won the Overseas Press Club of America’s Bob Considine Award for the best newspaper interpretation of international affairs.

Prof. Gregory Koblentz, Associate Professor and Director of the Biodefense Graduate Program at GMU's Schar School of Policy and Government. 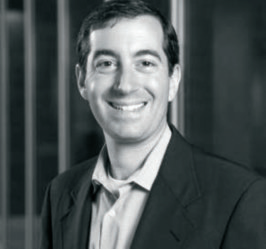 The Biodefense Graduate Program at GMU's Schar School of Policy and Government is a multidisciplinary research and education program designed to prepare students to work on issues at the nexus of health, science, and security and bridge the gap between science and policy. He is also an Associate Faculty at the Center for Security Policy Studies at GMU and a member of the Scientist Working Group on Biological and Chemical and Security at the Center for Arms Control and Non-Proliferation in Washington, DC. During 2012-2013, he was a Stanton Nuclear Security Fellow at the Council on Foreign Relations where he conducted research on nuclear proliferation. In 2016, he briefed the UNSC on the impact of emerging technologies on the threat posed by non-state actors armed with weapons of mass destruction. Prior to arriving at George Mason, Dr. Koblentz was a visiting assistant professor in the School of Foreign Service and Department of Government at Georgetown University. He has also worked for the Executive Session on Domestic Preparedness at the John F. Kennedy School of Government at Harvard University and the Nuclear Non-Proliferation Project at the Carnegie Endowment for International Peace.

Sonia Ben Ouagrham-Gormley, Associate Professor at the Schar School of Policy and Government at George Mason University.
She holds affiliations with GMU’s Biodefense Program, Center for Global Studies, and the Department of History and Art History’s Master of Arts in Interdisciplinary Studies (MAIS) program.Prior to joining the GMU faculty in 2008, Professor Ben Ouagrham-Gormley was a Senior Research Associate with the Monterey Institute of International Studies’ James Martin Center for Nonproliferation Studies (CNS). While at CNS, she spent two years at the CNS Almaty office in Kazakhstan, where she served as Director of Research. She has conducted research and written on such topics as nuclear, chemical, and biological weapons proliferation, organization and management of weapons programs, WMD trafficking in states of the former Soviet Union, biosecurity and bioterrorism, bio-dissuasion, export controls, defense industry conversion, transfer mechanisms of WMD expertise, and redirection of WMD experts. 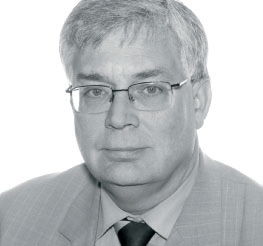 JP heads The Trench, a research initiative dedicated to the future of disarmament and is also a Senior Research Associate at the Fondation pour la Recherche Stratégique (Paris) and Research Associate at the Centre on Conflict, Development & Peacebuilding, Graduate Institute of International and Development Studies (Geneva). He holds Master’s Degrees in Germanic Philology-Linguistics (1980) and Political Sciences (1992) and a PhD Degree in Political Sciences (1996) from the Free University of Brussels. He was Project Leader of the CBW Project at the Sipri (1996–2003); Director of the Geneva-based BioWeapons Prevention Project (2003–08) and Senior Research Fellow at the European Union Institute for Security Studies (2008–13). He has participated as an expert to the Belgian and EU Delegations in the BTWC and CWC meetings since 2009. From January 2016 until December 2019 he chaired the Advisory Board on Education and Outreach (ABEO) of the Organisation for the Prohibition of Chemical Weapons (OPCW) and is still a member until December 2021.