Major General Jeff W. Mathis III is the Deputy Director for Antiterrorism and Homeland Defense, J-34, Joint Staff. He serves as a primary advisor to the Chairman, Joint Chiefs of Staff, in the...

Almost 200 children and adults (all female) have been poisoned at a school in northeastern Afghanistan it has emerged this week. Radical Islamist insurgents are being held responsible for the contamination of the school's water supply, which resulted in a number of symptoms including nausea, vomiting and loss of consciouness.

We have had our attention directed towards a news story today that a capsule of nerve agent has been found at a Scrap yard in Russia. Russian security services confirmed on Monday media reports that a capsule believed to contain the extremely toxic nerve agent sarin had been discovered in... 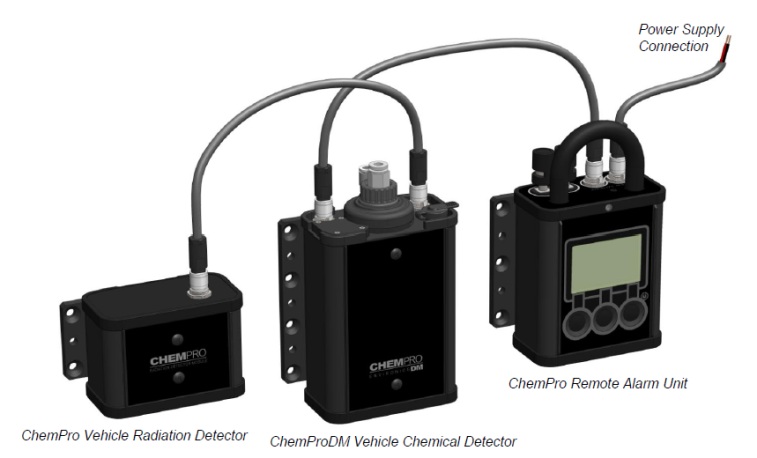 The new ChemProDM (ChemPro Detector Module) is a compact module for the detection and classification of Toxic Industrial Chemicals (TICs) and Chemical Warfare Agents (CWAs) vapors. Its multi-sensor detection array has 10 sensing channels, with our unique...

ANNISTON, Ala. — After serving nearly four years as superintendent of FEMA’s Center for Domestic Preparedness (CDP) and concluding more than 32 years of public service to the nation, Dr. Christopher T. Jones has announced his retirement, effective June 2, 2012. Jones became CDP Superintendent in August 2008 and during...

New colonial documents, released to the National Archives this week, reveal UK Ministry of Aircraft Production proposals to test virulent forms of poison gas in modern-day Botswana in 1943, according to the...

DHSs DNDO has released a special notice detailing a sole source procuremtn from Smiths Detection, Inc. in fiscal year (FY) 2012 at an estimated value of $3.35M. It has further noted an intention to procure on a competitive basis, a basic handheld radiation detection/identification system to meet DHS's operational components'

Call for papers for CBRNe Convergence 2012

The Fifth Annual CBRNe Convergence conference will be held in 2012, 30th October – 2 November at the Waterside Marriott, Norfolk, Virginia. 2010’s CBRNe Convergence was the largest CBRNE responder’s conference in the US that year, bringing together 650 delegates with 75 exhibitors and culminating in a massive exercise involving...

Almost 200 adults and children (all female) have been poisoned at a school in Afghanistan it has emerged this week. Radical Islamist groups are being held responsible for the contamination of the school's water supply, which resulted in a number of symptoms including nausea and vomiting. The poisonings were allegedly...

Setting the standard for public EOD protection: Download it here.

Remploy’s Frontline business, manufacturers of CBRN equipment in Scotland - at factories in Clydebank, Leven, Cowdenbeath, Dundee and Stirling - will continue to operate, business as usual.

The announcements in the press last month regarding a number of nationwide Remploy factory closures do...

According to Jacques and Philippe Boyé, both...