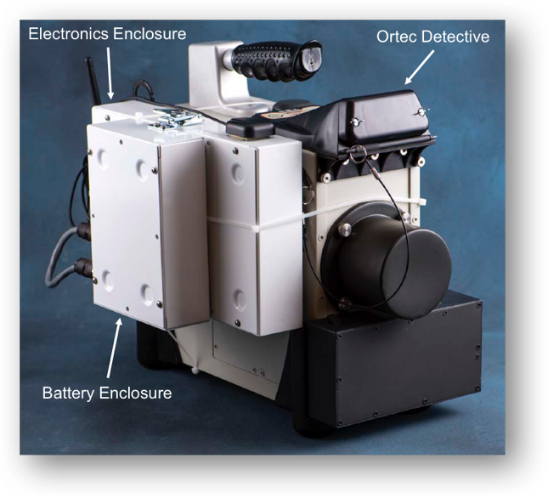 Initially developed by the team at LLNL, with subsequent enhancements by Argon under a Cooperative Research and Development Agreement (CRADA) initiated in 2020, RaFTS represents an unparalleled leap in the delivery of realistic spectrometry-based radiation training scenarios by providing a way for suitably adapted operational radiation spectrometers to respond to totally safe, simulated radiation sources.

“RaFTS allows radiological instructors to implement radiation training exercises that are based on extremely realistic representations of both individual and mixed radionuclides,” says CEO of Argon Electronics, Steven Pike.

“Until now, this is something that has been very difficult to achieve, and particularly in the case of high-resolution detectors which rely on the use of germanium sensors.”

Greg White, a computer scientist who is LLNL’s principal investigator for the RaFTS project, noted, “RaFTS is the result of our team’s efforts over many years. This technology represents a real advance in capability. It is really exciting to see it move into the commercial phase.”

The initial implementation of the RaFTS project focused on the integration of the technology within the Ortec Detective X HPGe radioisotope identification device and the TerraTracker mobile Adaptable Radiation Area Monitor (ARAM) which uses high sensitivity Nai detection technology.

RaFTS is applicable to all types of handheld and mobile spectrometry-based detection systems, as well as being able to be integrated within spectroscopic portal monitors and backpack detection equipment.

“The game-changing architecture of RaFTS means it is now possible for organizations to apply their own sensitive scenario spectrum images for the purposes of training, without the need to defer to any other party,” says Pike.

Another notable feature of the RaFTS technology is its ability to enable detector reachback capability, which generates a spectra file that can be transferred in real time to an organisation’s reachback centre to be fully incorporated within the exercise.

“The extremely high fidelity of the RaFTS simulated spectrum makes it possible for spectra data to be relayed via the reachback system just as it would be in the case of a real-life radiological event,” Pike explains.

“Having the ability to include reachback in a training context means it is now possible to realistically exercise data analysis, the forming of recommendations and the communication of those required actions - none of which has been achievable using any other form of simulated radiation technology, up till now.”

Argon Electronics looks forward to engaging with both end-users and detector manufacturers who are eager to enhance user training in this vital field of radiological detection.

For further details about the RaFTS project please contact:

This email address is being protected from spambots. You need JavaScript enabled to view it.

Additional information about RaFTS can also be found by visiting: