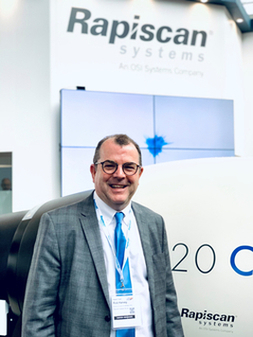 Rob joined Rapiscan Systems in February 2019 as their Business Development Manager (APAC), in January of this year he was promoted to his current role of Vice President of Sales, Asia Pacific and is based in Singapore.

Coming with over 25 years’ experience in the sales of airport baggage handling systems, including the integration of X-ray screening equipment, Rob was involved in successful projects throughout Australia, Asia, the Pacific region as well as North & South America.

Prior to joining Rapiscan Rob was the Area Director (Airports) APAC for Vanderlande Industries and was their first employee in the region. While at Vanderlande Rob was responsible for establishing their airport operations, based in Sydney, with subsequent success to be one of the leading baggage handling companies in SE Asia.