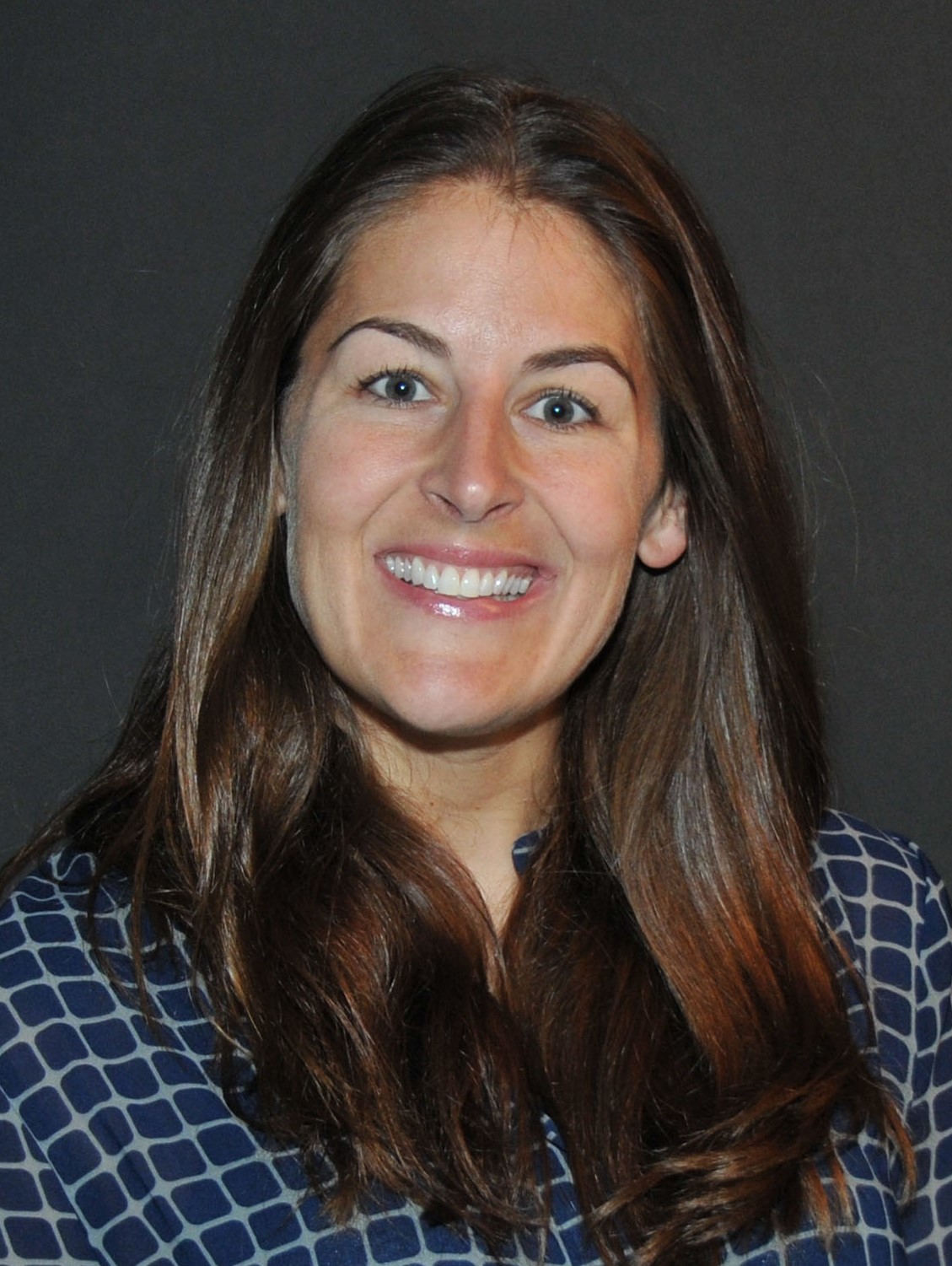 Maryse is a police officer with the Royal Canadian Mounted Police (RCMP). She trained as a Forensic Identification specialist from 2005, from 2018 as an explosive technician and since 2013 she has trained as a CBRNE specialist. I am now the CBRNE National Team Coordinator working with different police partners across the country to advance the CBRNE program.

With 20 years of experience with the RCMP, her focal point is to promote CBRNE capabilities and the interoperability between the different departments at the municipal, provincial and federal level. 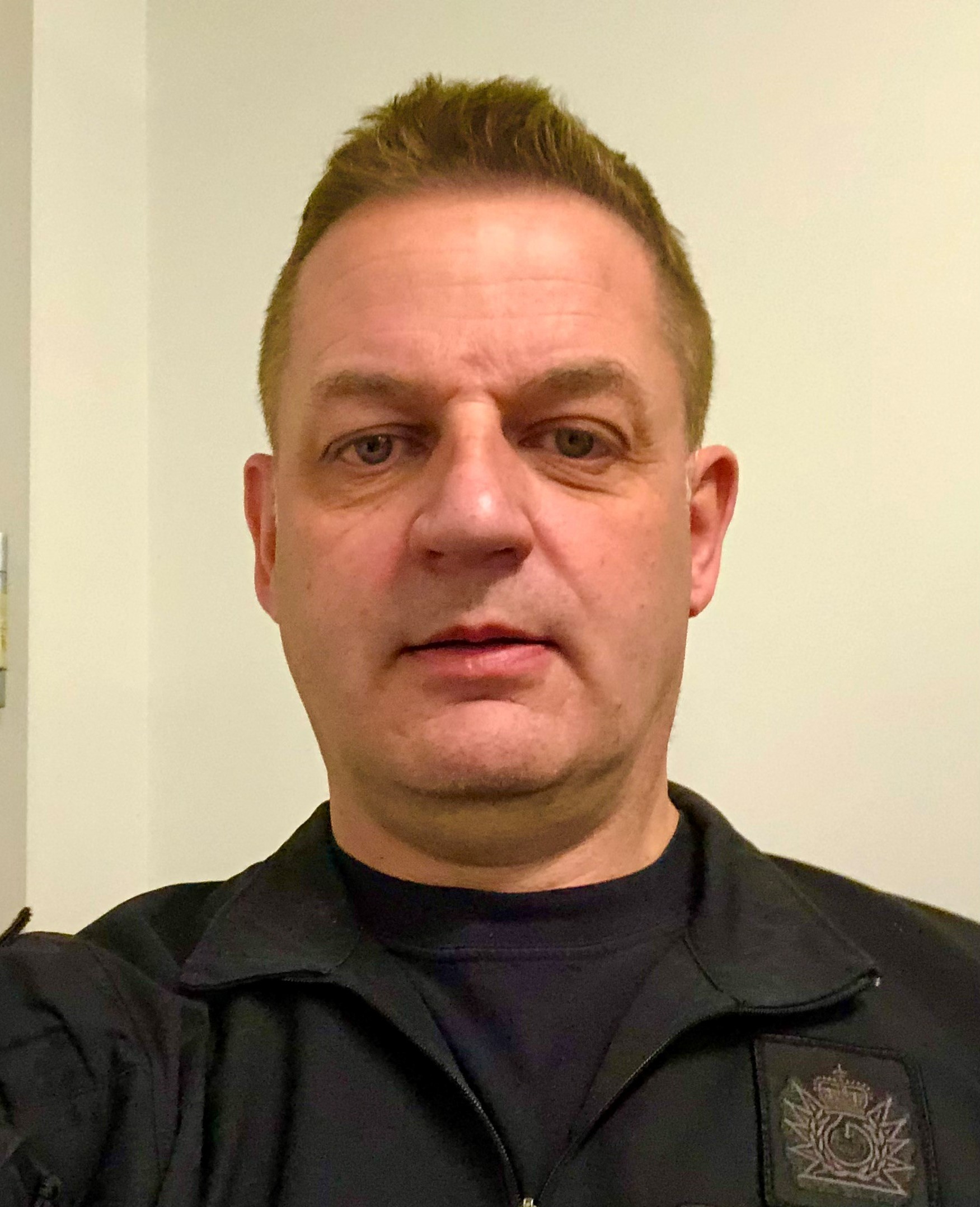 Nick has been a member of the Toronto Police for the last 22 years. For the last 16 years he has been a member of the Toronto Police Explosive Disposal Unit and is a current and validated Police Explosive Technician as well as a Post Blast Investigator and an Advanced CBRNE Technician. In 2019 he was assigned as the unit trainer where his responsibilities include the delivery of all training to the team’s technicians pertaining to both CBRN & Explosive related matters. Nick has participated as a guest instructor on numerous occasions for both Explosive Disposal Training in Ottawa as well as the Specialist Federal First Responder CBRNE training program in both Ottawa & Suffield, Alberta, as well as attending the Middle East to train first responders. Throughout his time on the team he has been a member of an assessment team for many different high profile events including the G20, Pan Am Games, Invictus Games, G7 Finance Ministers meetings and several Presidential visits. Prior to joining the Police Nick spent 9 years in the British Armed Forces, serving in a number of different theatres including Northern Ireland, Iraq/Kuwait & the Balkans 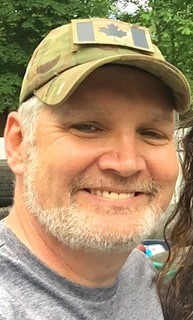 Martin first put on an NBC suit with the RAF Regiment in his late teens.  He studied BEng Mech Eng (Hons) program at the University of Northumbria Newcastle in the UK In his mid 20’s, which he left for a career in Mechanical and Optical Engineering in Canada working mostly for Nortel (Nortel Networks) After 10 years he made the leap from sitting behind a desk, to running into burning buildings as a member of Ottawa Fire Services. He was recruited into the Hazmat program for his engineering skills and aptitude for in depth research and analysis.

He has spent 20 years as a firefighter, over 13 as a career-professional and been a Hazmat/CBRNE Technician for over a decade. He is a qualified NFPA Instructor and teaches NFPA 1072 Hazmat Technician courses throughout the Province of Ontario. He has been on many CBRNE related task forces and most recently represented Ottawa Fire Services on the Provincial CBRNE Response Team Committee & Ottawa Joint CBRNE Task Force (CTF). He spent the last two years at Fire HQ as an assistant to the Deputy Chiefs and used his knowledge in Bio and Decon to build OFS’ operational Containment and Decon response to the pandemic, which was adopted by many agencies in Canada and Internationally. For his pandemic work he was nominated for two City Managers awards and also received a Fire Chiefs commendation. 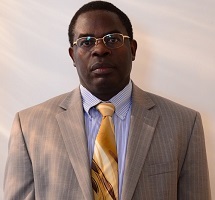 Since 2015, Dr. Dominique Nsengiyumva is the Chief of the Nuclear Emergency Preparedness and Response Division within the Radiation Protection Bureau of Health Canada. In this capacity, he leads a team of 25 staff in charge of managing the Federal Nuclear Emergency Plan and making sure that Canada is well prepared to respond to radiological/nuclear emergencies. Prior to this position, Dominique was Head of the Technical Assessment Coordination Section in the same Division for 6 years. Dominique represents Health Canada in a number of fora at the national and international levels including IAEA, OECD Nuclear Energy Agency's Working Party on Nuclear Emergency Matters, and Arctic Council Emergency Prevention, Preparedness and Response Radiation Expert Group. 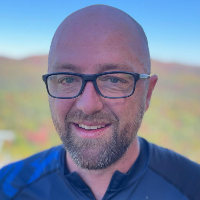 Tristan Barr is the section head of Planning, Outreach, Exercises and Training section within the Radiation Protection Bureau of Health Canada. He has master’s degree in biology and has worked in the field of radiation protection in private industry and government since 2002. Tristan Barr has extensive expertise in radiation detection, characterization, dosimetry, radioactive waste management, emergency response and has recently focused on nuclear emergency exercises and the management of the Federal Nuclear Emergency Plan. 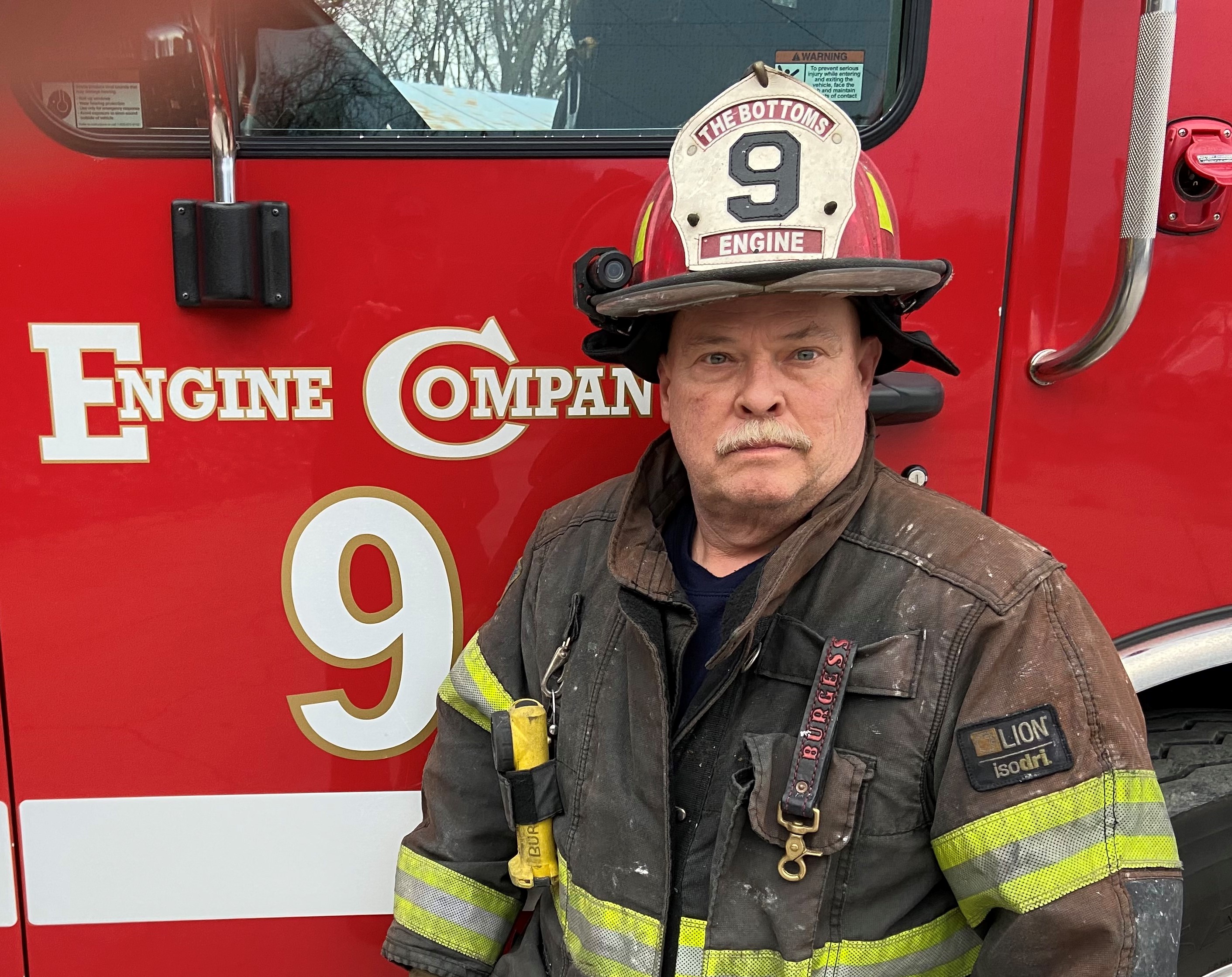 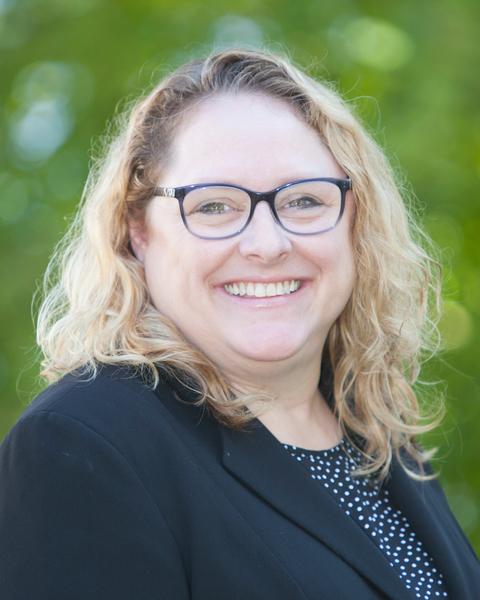 Dr. Christina Baxter is the CEO of Emergency Response TIPS, LLC which provides practical, evidence-based solutions for emergency response through the development of next generation tools for enhanced situational awareness and responder safety; instructional design materials for instructor-led and web-based programs in the areas of CBRNE, hazardous materials, and clandestine laboratory response; technology transition guidance for emerging technologies; and, emergency planning for hazardous materials and emergency response.

Prior to forming Emergency Response TIPS, LLC, Dr. Baxter was the CBRNE Program Manager for the Department of Defense’s Combating Terrorism Technical Support Office where she was responsible for identifying capability gaps in the combating terrorism CBRNE mission space, illuminating or developing innovative solutions, and delivering them to military, interagency, and law enforcement operators in the field as rapidly as possible. Dr. Baxter holds B.S. degrees in Chemistry and Environmental Science from the University of Massachusetts at Amherst and a Ph.D. in Analytical Chemistry from the Georgia Institute of Technology. Dr. Scott Hartley is the CEO of Proengin Inc. which develops and manufactures chemical and biological detection systems.  In this role, Dr. Hartley is responsible leading and directing Proengin operations in North American.  Proengin is a leader in flame spectroscopy technology which is able to quickly and precisely identify key materials found in chemical warfare agents, precursor materials, binary agents, fourth generation agents as well as many toxic industrial chemicals.  This technology is also able to identify key biological materials found in toxins, bacteria and spores. Proengin technology has been adopted for use in over 72 countries and is used for military, first responder, HAZMAT, chemical and security applications.

Prior to joining Proengin, Dr. Hartley was served in various Business Development roles for BAE Systems/Armor Holdings where he worked on personal protective equipment and combat vehicles.  He also previously worked at Gentex Corporation where he held various engineering, program management and general management roles.  Dr. Hartley holds BS degrees in Mechanical Engineering and Mathematics from Cedarville University, dual MBA’s in Finance and Operations Management from the University of Scranton, and a Doctorate of Management degree in Technology Systems Management from the University of Maryland.  He holds 11 patents and serves on the Board of Directors for the Warrior Protection and Readiness Coalition. 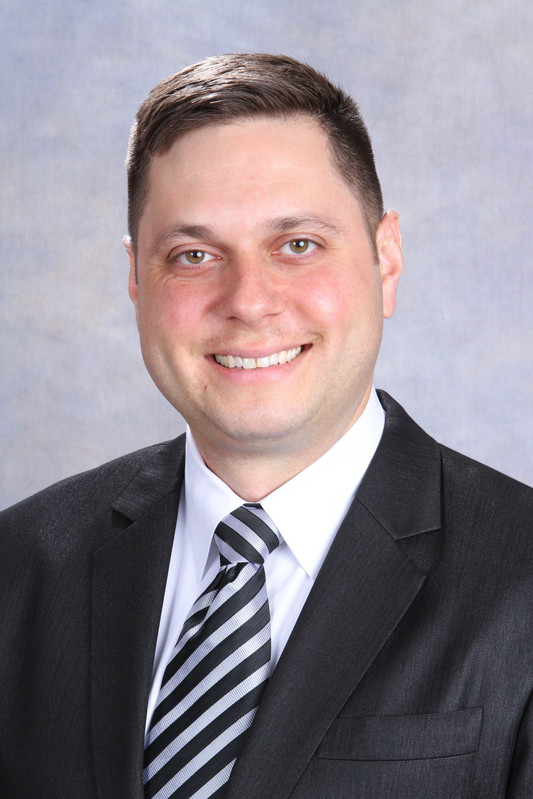 Bill Guglielmo is CEO of ITL Solutions, a Service Disabled Veteran Owned Small Business specializing in equipment design, sales, and service for US Government and Department of Defense. ITL Solutions features mission specific equipment to counter CBR threats such as the Modula S Ultra Efficient Anti-Microbial Ebola Treatment Unit using CuVerro® anti-microbial metals. ITL Solutions is proud to be the US Distributor of the Cristanini line of CBR Decontamination equipment.

Mr. Guglielmo served as an Officer in the US Navy as a member of the Surface Warfare and Civil Engineering Corps communities.  His tours of duty include Navigator of USS GETTYSBURG (CG 64), staff in Expeditionary Strike Group FIVE, Security Force Assistance in the Maritime Civil Affairs and Security Training Command, Civil Affairs and Military Information Support Operations for Naval Special Warfare Unit 10, and as Task Group 56.2 Commander providing construction forces in support of Operation INHERENT RESOLVE to execute construction, engineering reconnaissance, and runway repairs. During USS GETTYSBURG’s 2009 deployment to the Middle East, Bill led the ship’s Visit, Board, Search, and Seizure (VBSS) Team capturing 38 suspected pirates and numerous suspected pirate vessels including one mothership.

Bill was also an Instructor at the US Navy Nuclear Power Training Unit in Charleston, South Carolina on board the Moored Training Ship 635 (ex-USS SAM RAYBURN). Mr. Guglielmo holds a Bachelor’s of Science degree in Mechanical Engineering from Lehigh University and a Master’s of Engineering Management from Old Dominion University. 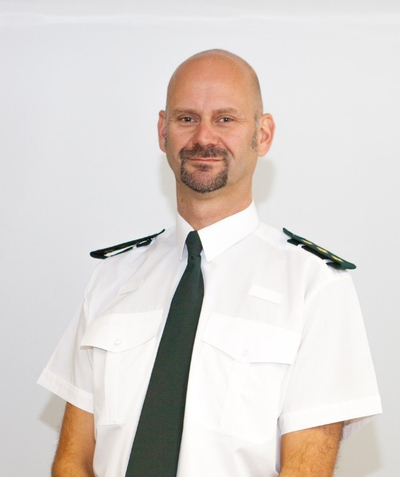 Nick Spence is part of NARU (National Ambulance Resilience Unit) which works nationally on behalf of each NHS Ambulance Trust in England to provide a coordinated approach to emergency preparedness, resilience and response.

Employed within the ambulance service since 1994, he has held a wide range of roles including Air Operations and Emergency Planning, Response & Resilience; however, since 2005 he has been actively involved in HART.

In addition, he has been working with the UN WHO program to deliver CBRN training to Syrian healthcare professionals.

As part of the NARU national on-call cadre, he was actively involved in coordination of national resources to support the NHS ambulance response to the 2018 Salisbury incidents. 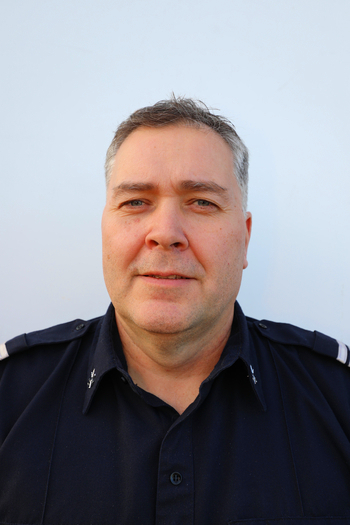 Firefighter Richard Kitchener is a Training Officer with the Vancouver Fire Rescue Services in Vancouver, British Columbia Canada.  He received his Bachelor of Arts from Simon Fraser University in 1993 and entered into the fire service in 1997. After his eighteen year career as a firefighter and Hazmat officer he assumed the role as the Hazmat training officer for the VFRS. Outside of the fire service he is a Hazmat instructor for the Justice Institute of B.C. as well as a Hazmat trainer for various private companies in Western Canada.  Richard volunteered to join the Canada Task Force One (Heavy Urban Search and Rescue Team ) in 2017 in order to provide a Hazmat perspective to the team while on deployment. In addition to supporting both Hazmat teams he continues to research, refine, and develop new procedures and operational techniques to provide safer and more effective responses to Hazmat and CBRNE events. 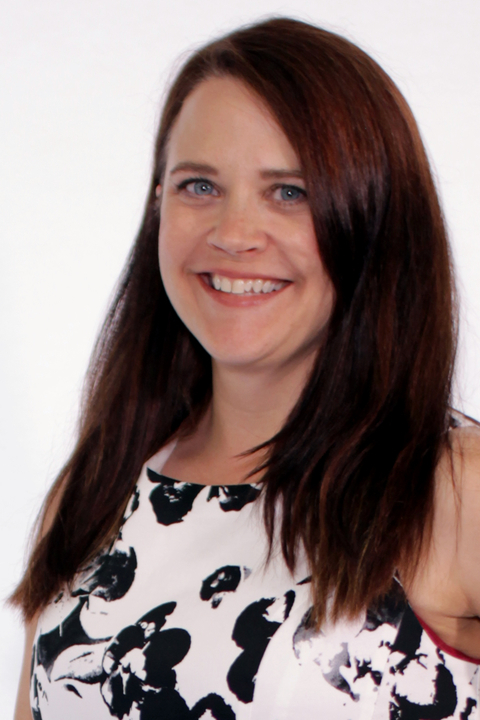 Dr. Cindi Corbett is the Director of the Health Security and Response Division at the Public Health Agency of Canada’s National Microbiology Laboratory (NML) and serves as the Director of the Canadian Laboratory Response Network. Dr. Corbett completed her Ph.D. in Microbiology and Infectious Diseases at the University of Calgary, with a focus on bacterial pathogenesis.

Over the past decade, Dr. Corbett has established and continues to foster the ongoing advancement of microbial forensic capabilities for the Government of Canada, ensuring that microbiological investigations meet the standards required to withstand legal scrutiny, and that Canada remains vigilant in its preparedness against potential biothreats.