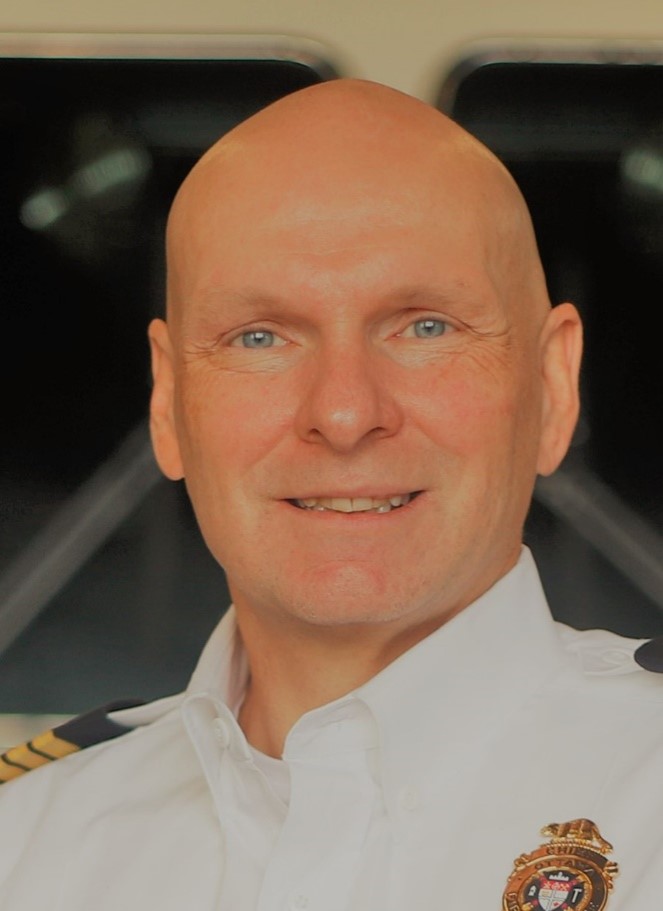 Kim Ayotte has over 32 years of professional Emergency Services experience and is a motivating and supportive leader who exemplifies the “One City, One Team” philosophy. As General Manager of Emergency and Protective Services, Kim brings an empathetic but practical approach to providing emergency services to the residents and visitors of Ottawa.

After working in the Ontario Fire Marshal’s Office for almost ten years, Kim joined the City of Ottawa in 2003 as Chief of Special Operations in Ottawa Fire Services. In this role he was successful in both creating Canada’s first Medium Urban Search and Rescue team and enhancing Ottawa’s role in CBRNE and Hazmat response.

Between 2011 and 2018, Kim held a series of Deputy Chief positions, where he fostered supportive, cooperative team environments and his goal of continuous improvement helped further the goals of the Emergency and Protective Services Department.

In 2018 Kim became Ottawa’s Fire Chief. As Chief, Kim’s analytical and disciplined manner made him indispensable in overseeing a number of cross-functional teams, as well as in the successful management of several city-wide emergencies.

As Chief, Kim was also a champion of an improved recruitment strategy focusing on diversity and worked hard to ensure a safe and inclusive Fire Service for all members.

In November 2021 Kim was promoted to General Manager of Emergency and Protective Services where his proven track record establishing innovative and creative ways to address and resolve issues helped the Department further its operational and strategic goals while also responding to an unprecedented pandemic.