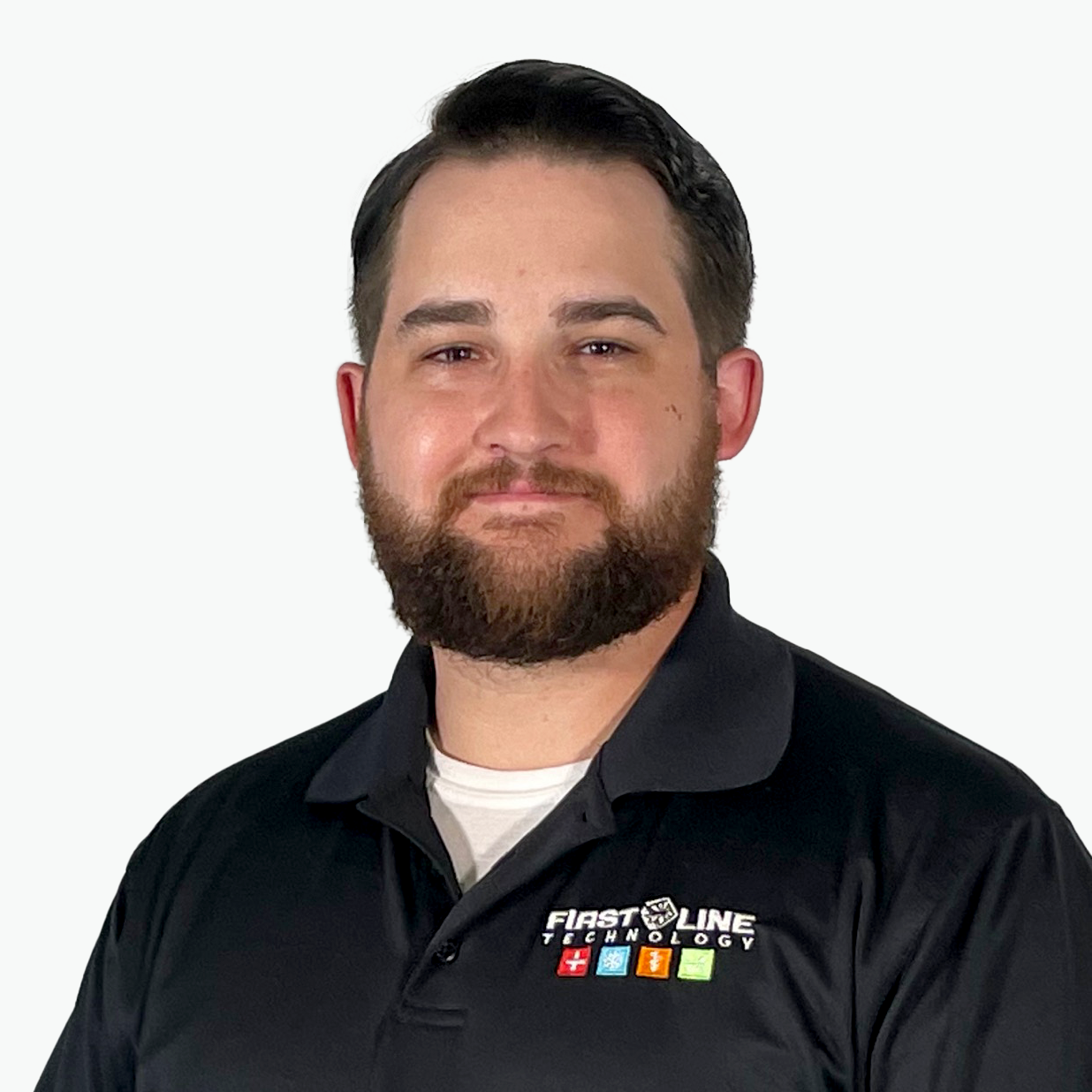 Frank Roberts has 6 years of Hazardous Materials and CBRN(E) experience, along with 10 years of service in the United States Marine Corps Infantry. Frank began his background in HazMat/CBRN(E) in 2016, when he was assigned to the Chemical Biological Incident Response Force (CBIRF), the Marine Corps’ premier CBRN(E) response unit, providing coverage for multiple Presidential events in the National Capitol Region, Republican and Democratic National Conventions, State Funerals, and State of the Union Addresses. Frank continued his education in HazMat/CBRN(E), attending advanced technical courses for decontamination, search and extraction, and identification and detection. Frank is also currently enrolled in an undergraduate Emergency Disaster Management program with American Military University, with expectations to graduate in Winter of 2022. 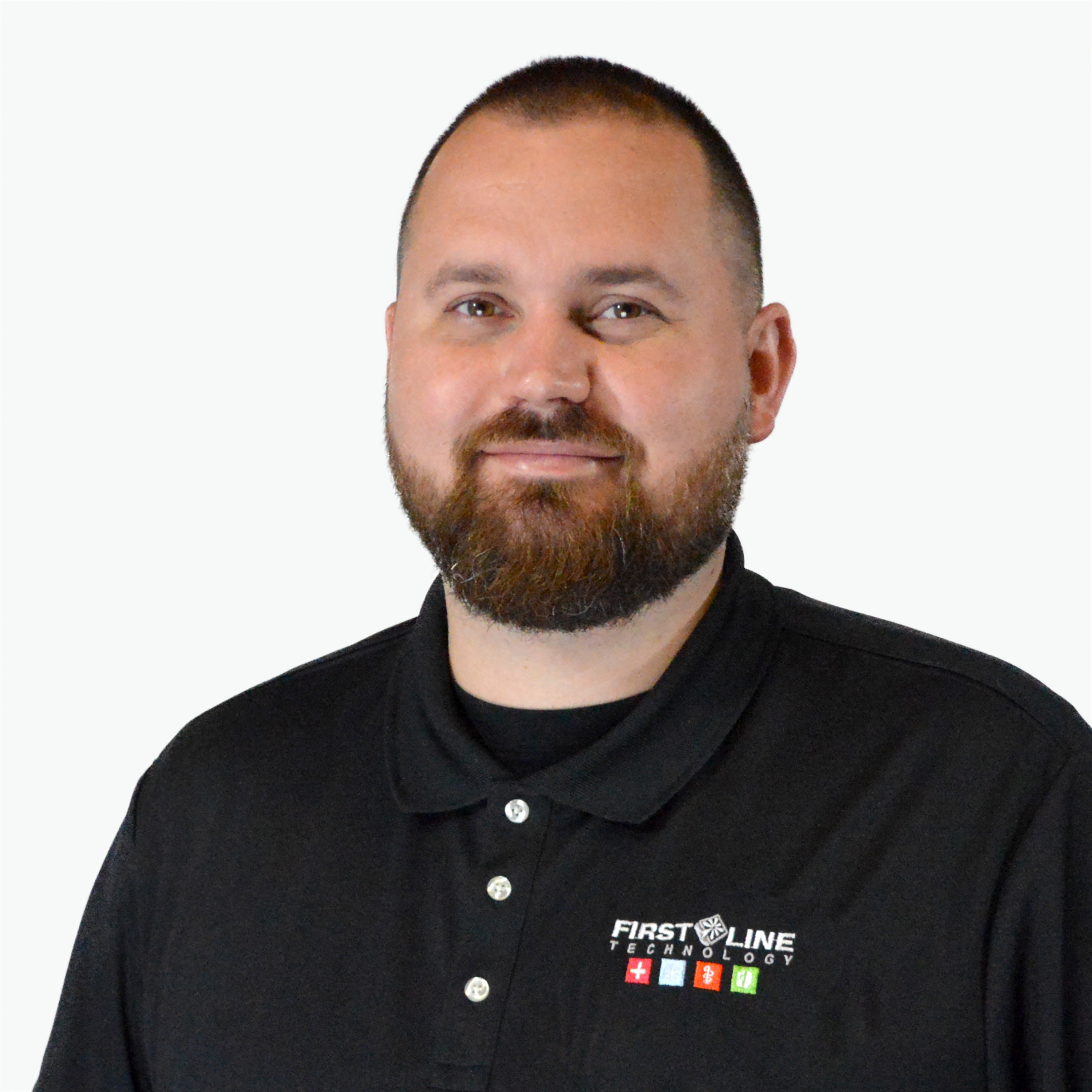 Corey Collings has 16 years of experience dealing with hazardous materials, spanning service in the Army conducting counter-explosive hazard operations, in the National Guard performing search and extraction, technical rescue, and mass decontamination, and in law enforcement dealing with dangerous street drugs such as fentanyl.  He has a bachelor’s degree in Homeland Security and Emergency Preparedness and has spent the past three years instructing federal, state, and local agencies on modern technological and procedural developments with a focus on decontamination and mass casualty response. 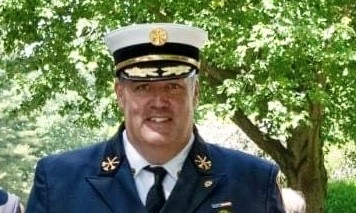 Brian is a second-generation Boston firefighter. His father Bernard G. Tully was killed in the Line of Duty in an apparatus accident in January 1974. Brian became Deputy Fire Chief in 2019 and has over 33 years of experience in the Boston Fire Department being a Fire Marshal from 1/20 -6/21. He is currently working in Division 2 in charge of 5 City Districts, 5 District Chiefs, and all fire suppression personnel assigned to Division 2. Brian was elected as the Full Time Legislative Agent for Boston Firefighters L-718  May 2021 - November 2021. He was Acting Division Head Special Operations Command between 4/19 - 11/19 and Incident Scene Safety Chief 10/14 - 04/19. As an on-duty Safety Chief Brian was trained in the disciplines of Hazardous Materials and Technical Rescue. Brian is FEMA certified as a Task Force Safety Officer and Task Force Leader at the Mass Task Force 1 headquarters in Beverly Massachusetts 2015.

His versatility and proficiency are highly respected within the security sector which has led to National and International recognition of work within the CBRNE work streams. Gareth’s expertise within the operational and training arenas along with his interpersonal skills has been utilised across varying public and private organisation to advance illicit drug laboratory, HME and CBRN operations development.

Gareth is married with 3 children. As a proud Welshman he also holds a deep affinity to Rugby Union and still currently plays Veteran rugby tournaments touring around Europe.

He is a keen sportsman and also particularly enjoys ice hockey and mountaineering. He thrives on the physical and mental challenges that these sports represent. 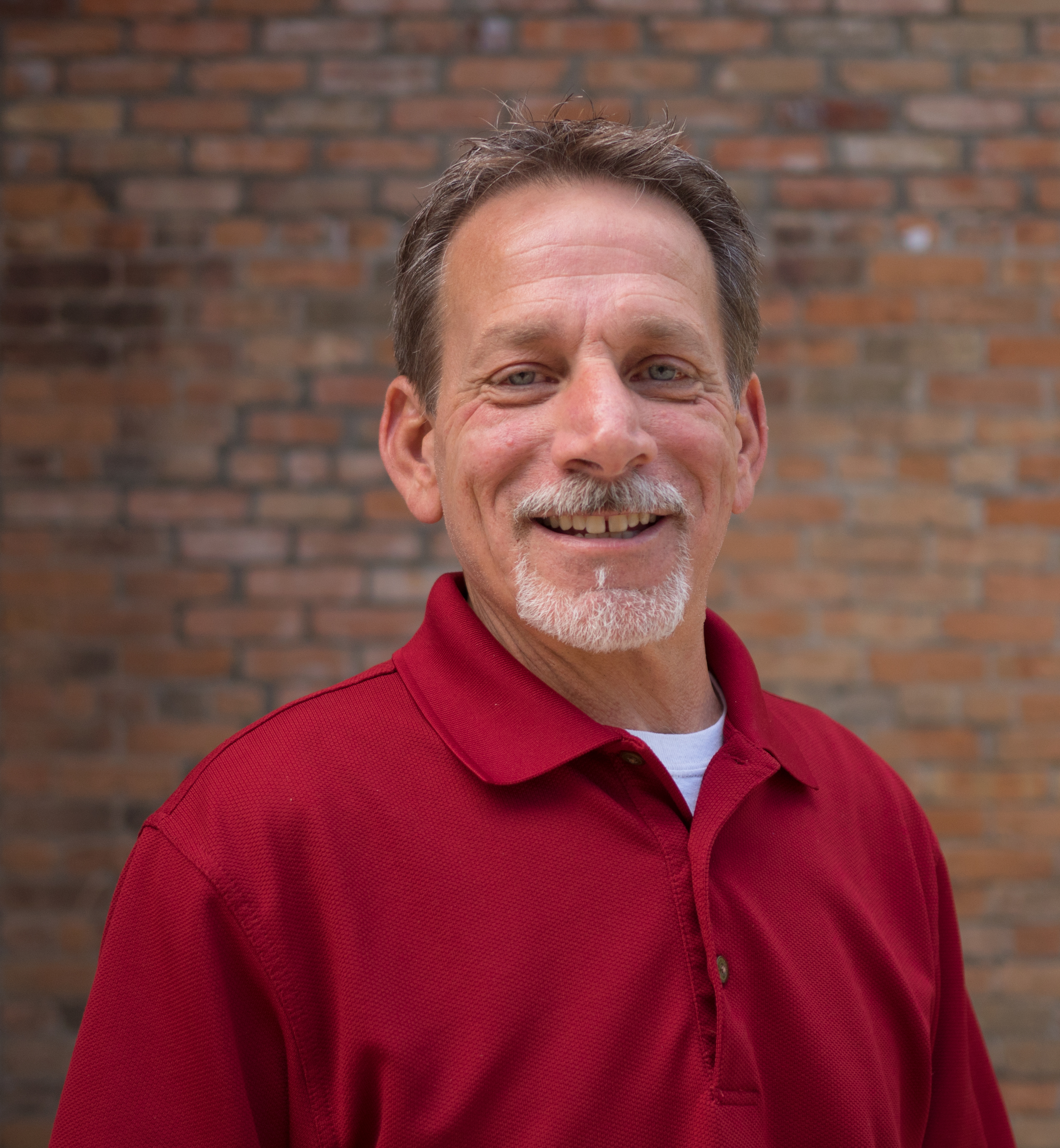 Doug Mayer is Blackline Safety’s specialist in Fire/Hazmat and Emergency Response connected safety solutions. He has over 30 years of experience in the areas of health, safety and environmental equipment and instrumentation. Throughout his career, Doug has consulted with all levels of local, State and Federal Haz-Mat response agencies, including industrial response teams. He provides hands-on evaluations to understand the unique needs of each agency and has successfully developed tailored solutions for First Responders across the country. Through the lens of connected worker safety, Doug is focused on synergizing emergency response applications and practices and bringing together public and private agencies and community stakeholders to collaborate on improved communication and risk management during an emergency. 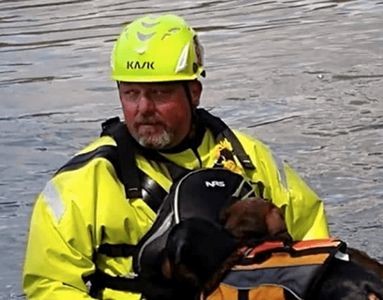 Brett Huff is the leading expert in Animal Decontamination.  His technical career started in 1989.  Over the course of his career, Brett has responded to the nation’s largest man-made and nature disasters, participating in technical rescue and leading environmental decontamination operations. Throughout the years, Brett has broadened his education and understanding of rescue and response by his service in the United States Army as an air assault Sapper; completing various military programs, furthering his education to work in the civil service industry as a deputy sheriff, narcotics task force member and a volunteer firefighter.  Brett went on to serve in the state of Missouri as an State Animal Cruelty Investigator.
Brett has since furthered his career and shares his experience by becoming a nationally recognized trainer of decontamination.  Brett is the founder/owner of Huff Technical Training and co-founder/co-owner of Animal Decon; training decontamination teams across the United States.  Brett has participated in working groups that has directed national policy and procedures, he has authored white papers, written policy and procedures for disaster decontamination and has authored Comprehensive Guide to Animal Decontamination which is set to release in late 2022. 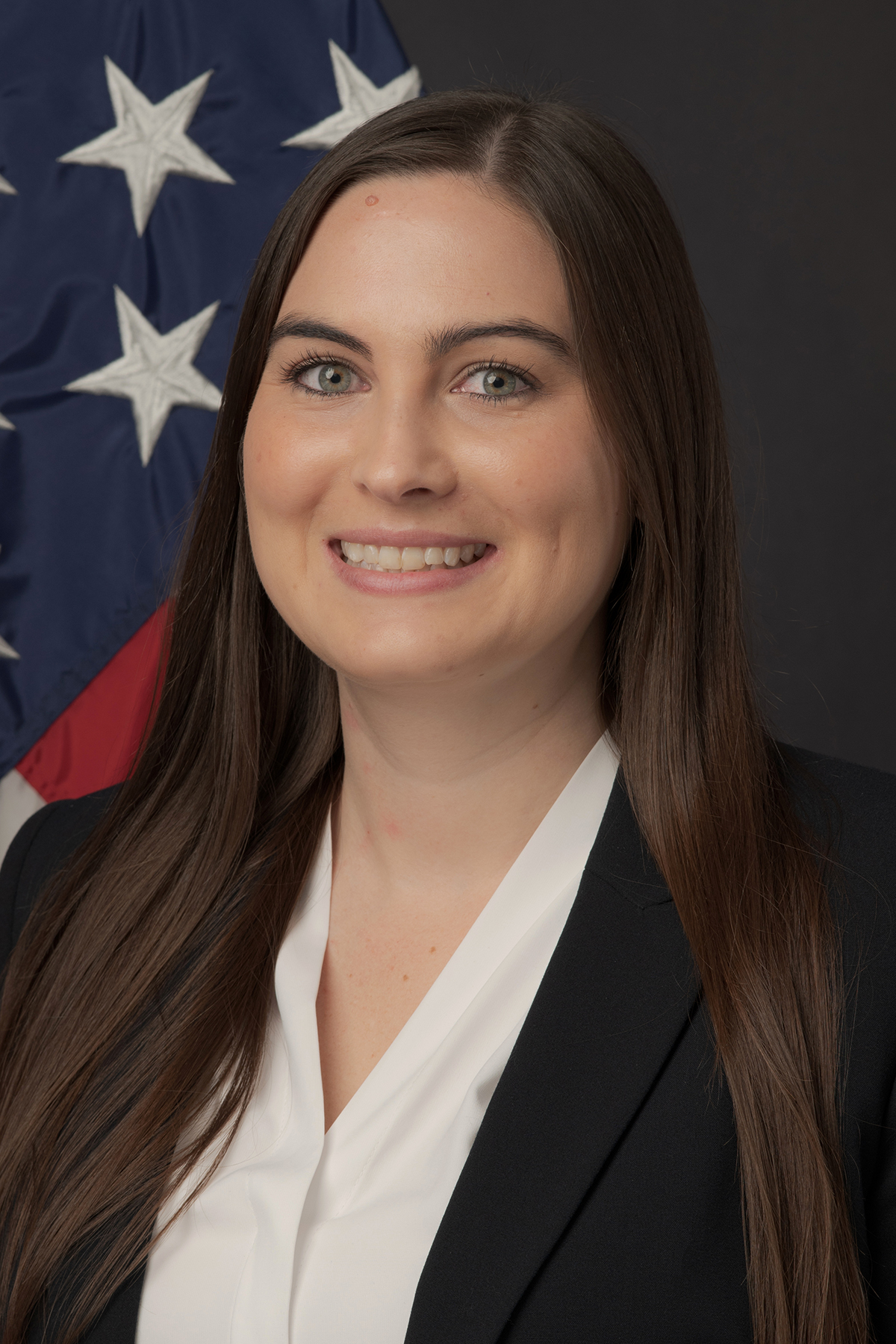 Nicole Farrall is a Science and Technology Manager with the Defense Threat Reduction Agency’s (DTRA) Research and Development Office for Chemical and Biological Technologies (RD-CB) where she manages a portfolio of Chemical Detection projects within the Detection and Diagnostics division.

Nicole received her Bachelors of Science degree in the field of Chemical and Bimolecular Engineering from the University of Maryland and began working in the Chemical and Biological Defense Program (CBDP), following shortly after graduation. 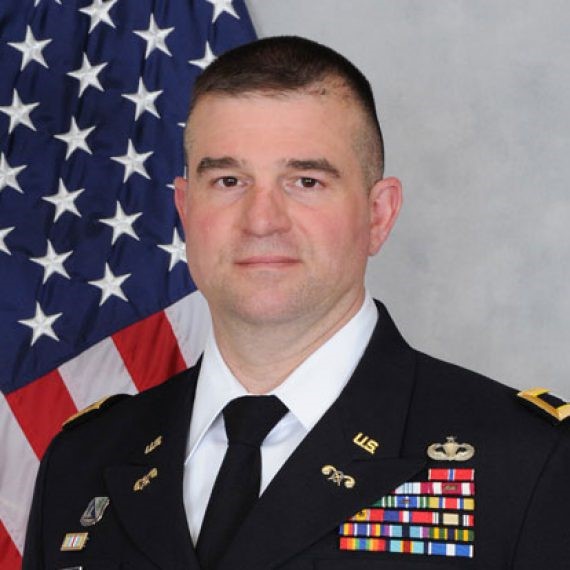 COL Christopher Grice assumed the position of Acting Director for the Joint Science and Technology Office (JSTO) in August 2022.    A native of Galesburg, Illinois, COL Grice enlisted in the Army National Guard in 1989. He earned a Biological Sciences Degree from Southern Illinois University and a commission as a Chemical Officer in 1995. His last assignment was as the Director of Materiel for the Office of the Deputy Chief of Staff, Headquarters Department of the Army (HQDA) G8 from June 2020 to July 2022.

Key assignments include Instructor and Chief of Officer Training at the CBRN School from 2003 to 2005. Battalion Executive Officer and Operations Officer (S3) for 110th Chemical Battalion (Technical Escort) at Joint Base Lewis McCord, Washington from 2007 to 2009.  Executive Assistant to the Director of the Joint Staff and Counter-proliferation Branch Chief for the Joint Staff 2009 to 2011. Senior Strategic Planner, U.S. Plans for United States Forces Korea from 2015-2017. He was then assigned to the HQDA ODCS G8 as the Division Chief for the Full Dimension Protection division from July 2019 to June 2020.

Operational and Support deployments include Operation Joint Guardian in Kosovo as part of Task Force Falcon while the CBRN Officer for 2nd Brigade, 1st Armored Division and Operation Iraqi Freedom as the company commander of the 69th Chemical Company. 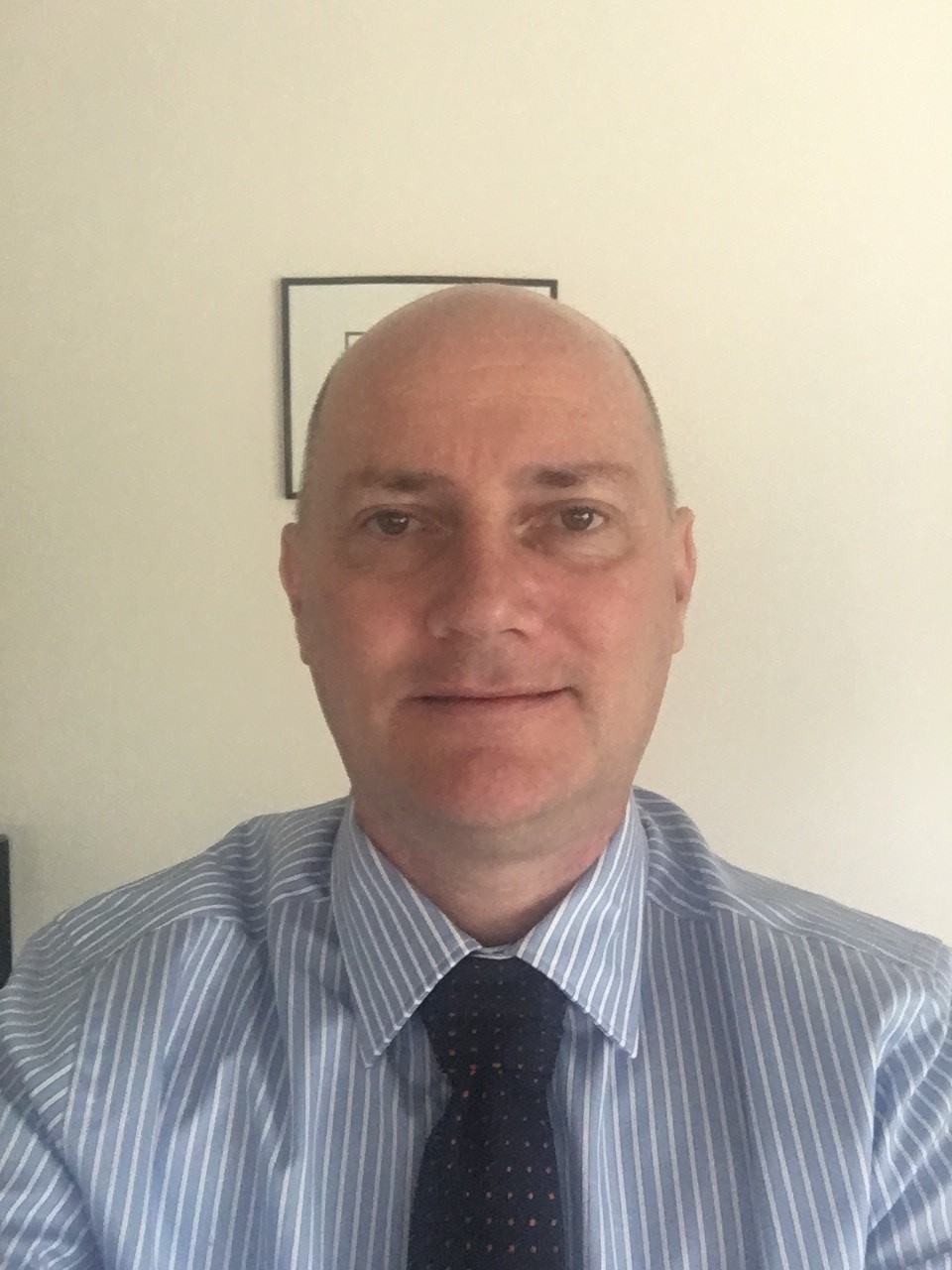 Dr Michael Logan AFSM is the Director of the Research and Scientific Branch (RSB) within the Queensland Fire and Emergency Services (QFES). The QFES response area is about 1.7 million square kilometres and has more than 40,000 volunteers and employed staff.

Michael Logan has a PhD in physical chemistry from the University of New South Wales and has numerous specific qualifications across emergency management.

Dr Logan leads a team that provides expertise to manage Hazardous Materials and Chemical, Biological, Radiological, and Nuclear (CBRN) emergencies across Queensland, New Zealand, Northern Territory, and other jurisdictions. The RSB provides this expertise almost 500 times a year. The expertise offered to assure the safety of responders, community and the environment ranges from identifying and characterising hazards, selection of Personal Protective Equipment, decontamination, community and environmental protection strategies, to mitigation of the threats.

The RSB also undertakes a variety of other activities including emergency planning, training, policy capability development, and research across emergency management for the QFES.  He has provided expertise at more than 2500 incidents including to jurisdictions such as Timor-Leste and New Zealand and has led to the development and provision of CBRN/HAZMAT responses for major events ranging from G20 to Commonwealth Games and APEC meetings.

Dr Logan has developed a research program collaborating nationally and internationally that  focusses on issues of interest to emergency responders. It has included for example: firefighter exposures and respiratory protection, risk based skin decontamination of CBRN agents, Homemade explosives (HME) detection and mitigation, extending application of detectors in emergency situations and to the Emergency Response Decision Support System (ERDSS HAZMAT/CBRN decision support software) used by more many agencies globally.

Worth Calfee is a research microbiologist with over 25 years of microbiological research experience, including 14 years at the U.S. EPA in decontamination and consequence management of Chemical, Biological, Radiological and Nuclear (CBRN) agents. His research foci include sampling, decontamination, and management of wastes from CBRN contamination incidents. Dr. Calfee received his Ph.D. in 2007 from East Carolina University, where he studied coastal and estuarine microbial communities. He also earned a B.S. in molecular biology from East Carolina University in 1999. 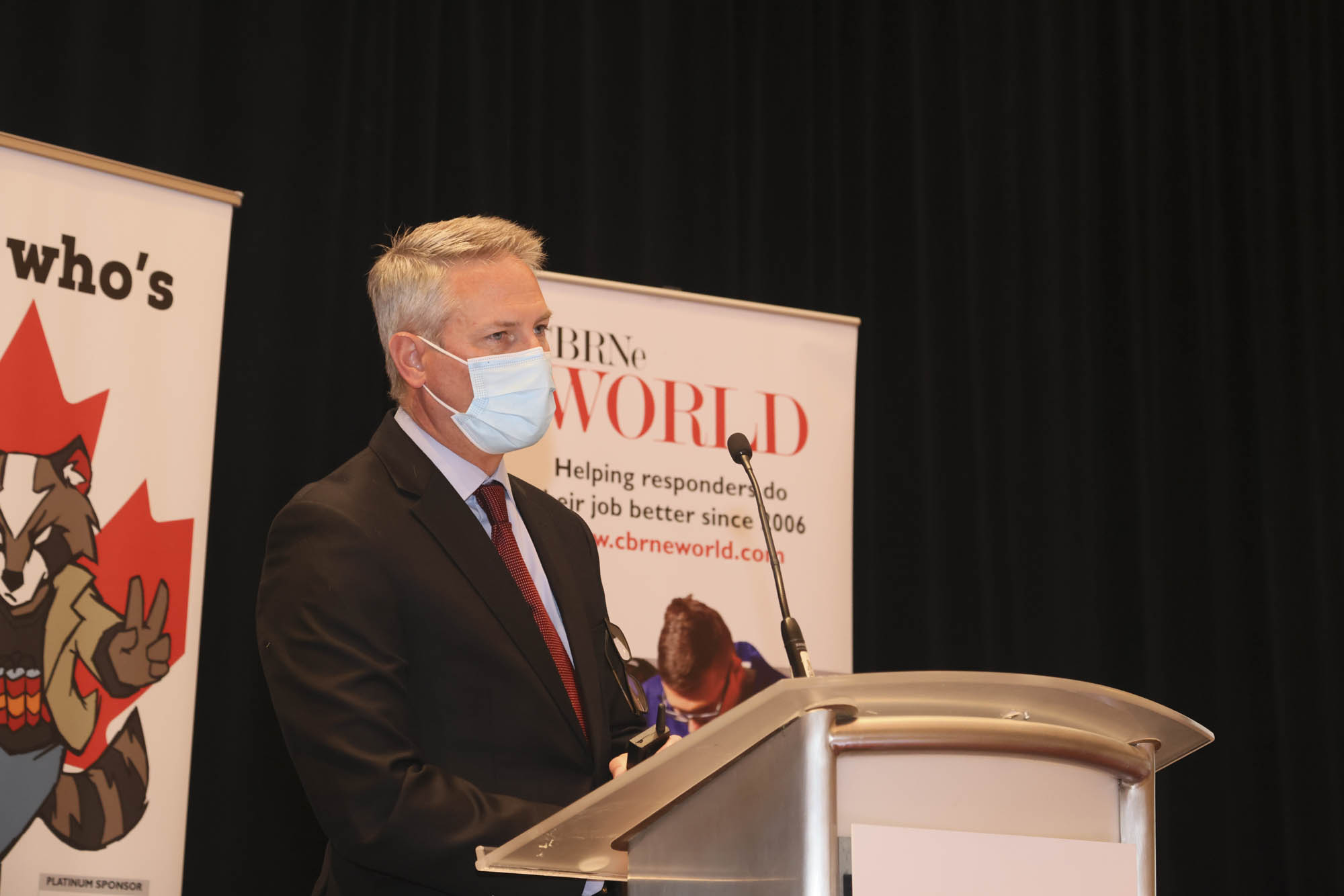 Mr. Scullion has been in the biodefense sector for over 15 years, initially entering the field from his formal training in biology and as an R&D scientist.  Since then he has gained first-hand experience during the anthrax attacks of 2001: performing training and advising biodetection efforts in New York City and Washington DC. He was also a critical asset in the strategic deployment of diagnostic aid to the U.S. Military during the Ebola crisis in West Africa.

He participated in the first U.S. Department of Defense InVitro Diagnostic platform program (JBAIDS), from its award to expansion, and is now intimately involved with the launch of the US DoD’s Next Generation Diagnostic System for syndromic diagnostics and surveillance.

Mr. Scullion has supported BioFire in multiple capacities, ranging from Director of Business Development for Government Programs to now Vice President of Sales and Marketing for BioFire Defense, LLC