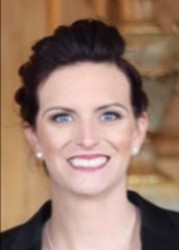 Samantha Sonnett is a police officer with the New York City Police Department where she is lead instructor for the COBRA Unit (Chemical, Ordinance, Biological, and Radiological Awareness).

As a COBRA instructor she and her team are responsible for training approximately 5,000 uniformed members of the service annually in the proper response andmitigation of CBRNe incidents. The COBRA Unit works collaboratively with the Center for Domestic Preparedness to ensure that the largest city in the nation remains at the ready tocombat emerging CBRNe threats.Ms. Sonnett is a veteran of the Unites States Air Force. She holds numerous certifications in the CBRNe/Hazmat field and is a certified instructor not only for the NYPD, but she also travels the nation on behalf of Texas A&M’s Extension Service and Pro Board accreditation service to certify first responders in WMD/Hazmat operations.

Ms. Sonnett has 19 years of experience with the NYPD and is focused on the progressive growth of the departments CBRNe capabilities. She is also an advocate for the expansion of CBRNe programs within police department’s across the nation.