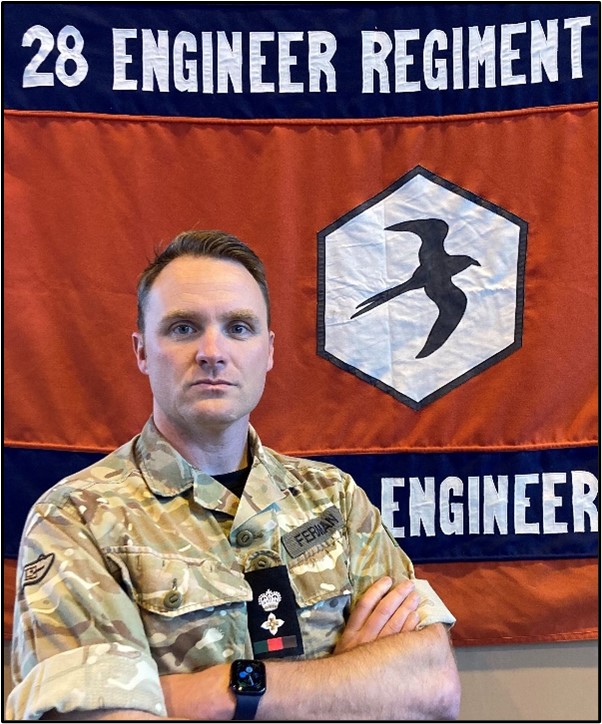 Lieutenant Colonel Ferman assumed command of 28 Engineer Regiment (C-CBRN) in August 2021. Prior to this he served as Regimental Second-in-Command of the Royal Tank Regiment before conducting a 7-month sprint in the Land Operations Command as the SO1 Force Protection and C-CBRN.

He commissioned into the Royal Tank Regiment in 2005 having studied Geography at the University of Plymouth. He has been an armoured Troop Leader and commanded on several armoured vehicle platforms including Challenger 2, Warrior and CVR(T). He has also spent time as the Regimental Signals Officer and Squadron Second-in-Command.

Having completed a Battlespace Technology Masters he served in the Defence Equipment & Support as a Requirements Manager on the Protected Mobility Vehicle Platforms team before becoming Officer Commanding FALCON Area Survey & Reconnaissance Squadron. He deployed this specialist CBRN Sqn on Op MORLOP in response to the Salisbury nerve agent attack and to Estonia on Op CABRIT. For the former he received an MBE. Additional operational deployments include Op TELIC 10 and more recently with the US Special Operations Joint Task Force as a J5 planner on Op SHADER (Operation INHERENT RESOLVE).