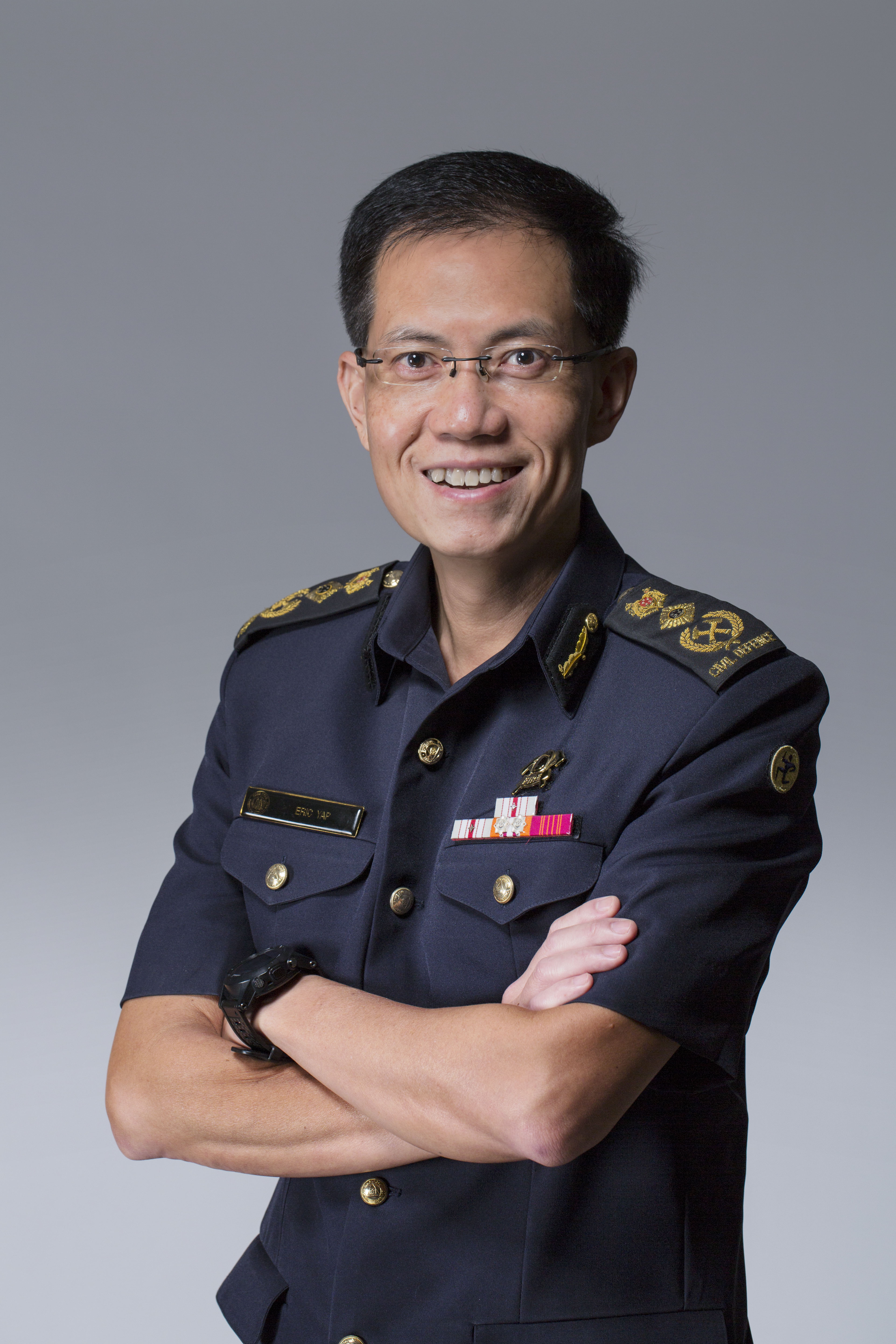 Eric was appointed by the Government as the Commissioner of the Singapore Civil Defence Force (SCDF) in February 2012. In his 29 years of service, he helmed several key appointments such as the Senior Director of the Homefront Security Division of the Ministry of Home Affairs (MHA), SCDF’s Director of Operations, Division Commander and Fire Station Commander. Prior to his present appointment, he was the Senior Director of Emergency Services in SCDF between 2010 and 2011. That office oversaw all aspects of emergency services provision (i.e. firefighting, rescue, HazMat, and EMS) in Singapore.

Throughout his career, Eric led numerous operations involving collapsed structures rescue, major fires, large tank fires, and contingency response deployment for high-profile events involving international participants such as the Trump-Kim Singapore Summit in June 2018.  As a leader, he led the transformation of SCDF into a modern, future-ready emergency response organisation that leverages people, partnerships, technology and innovation.  As the national focal point for disaster management, Eric was the Chairperson of the ASEAN Committee on Disaster Management (ACDM) in 2021 and a member of the UN INSARAG Steering Committee and the UNDAC Advisory Board.

Eric graduated from the UK in 1993 with a BA degree (1st Class Hons) and in 2000, he was appointed as a Foreign Fellow under the US Fulbright Program and graduated with a MA degree from Emerson College, Boston, USA, in 2001. He is also a graduate of the Stanford Executive Program 2009, Graduate School of Business at Stanford University.

He was conferred the Republic’s State honours of the Public Administration Medal (Bronze) and (Silver) by the President in 2004 and 2012 respectively.