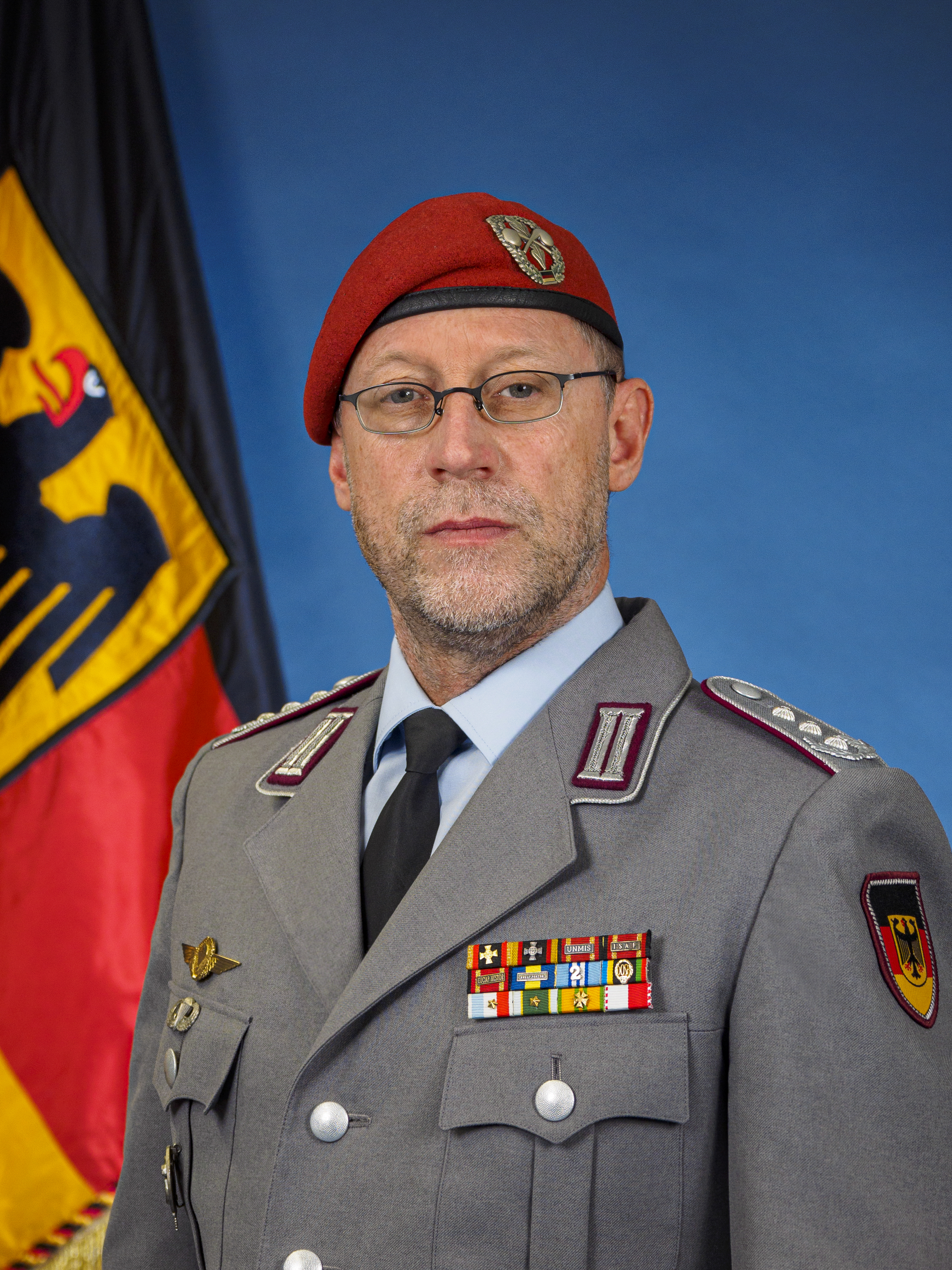 Before he took command of the Bundeswehr CBRN Defence Command on 21 September 2021, Colonel Saalow served as Defence Advisor of the German Representative to the Political and Security Committee of the European Union in Brussels.He was also the Deputy Head of the Military Policy Section, which supports the Representative in the field of Foreign and Security Policy in all military-political issues including crisis management and capability development. Colonel Saalow has a wide experience in the area of EU Common Security and Defence Policy in Brussels, in the Ministry of Defence in Berlin but also in the field, where he served as Chief of Staff of an EU Mission in Africa and as Staff Officer Operations of the Eurocorps in Strasbourg.During his time in NATO he was special advisor of the Supreme Allied Commander Transformation in Norfolk. Beside this he served in operations in Asia, Africa and Europe and commanded the CBRN Defence Regiment of the Bundeswehr. Colonel Saalow studied at the University of the Bundeswehr in Hamburg and at the National University of Singapore and holds a Master Degree of Business Administration. He was also awarded with the German Cross of Honor and with the French Medal of Defence.