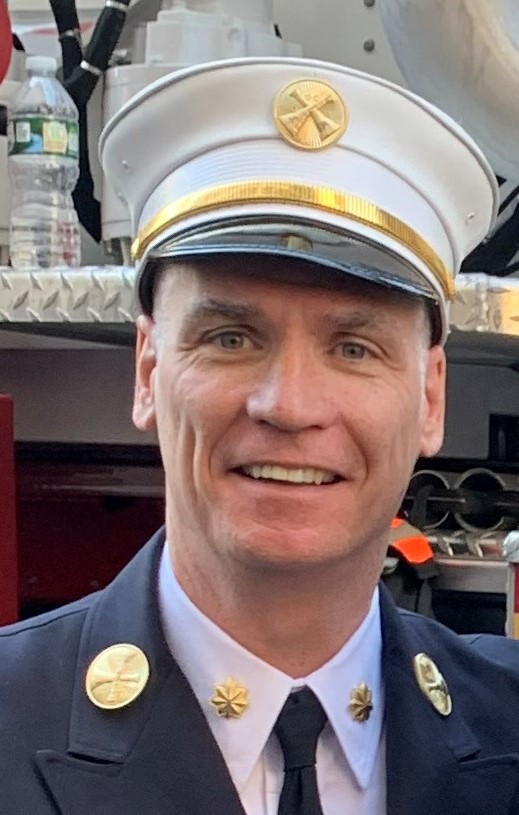 Battalion Chief Sean Newman has 26 years of service with the FDNY .  He is a charter member of the Department’s Center for Terrorism and Disaster Preparedness (CTDP), opened in 2004, where he currently serves as executive officer and head of intelligence branch. He is assigned to Division 11 in Brooklyn.

Sean has been editor and contributing writer for FDNY Watchline since its inception in 2008. Chief Newman was co-author of “Vertical Terrorism: The Threat Against High-Rise Buildings,” released in September 2016, as well as other strategies and papers related to counterterrorism and emergency response in complex environments. For the Fall 2020 edition of FDNY’s magazine, With New York Firefighters (WNYF), he authored the article: “A 25-Year Retrospective of the Freddy’s Fashion Mart Fire: The Continued Relevancy of Attacks Combining Fire and Firearms.” His most recent article, a chronicle of the history of CTDP, was released in WNYF’s Fall 2021 edition.

Chief Newman has been part of briefs to high-ranking FDNY staff, homeland security executives, members of Congress and foreign dignitaries. Sean has advised many interagency partners, and speaks regularly, on weaponized fire, red teaming, interdisciplinary operations in dense urban environments, and the role of analytical intelligence in the fire service. He holds a master’s degree with honors in security studies from the Center for Homeland Defense and Security (CHDS) at the Naval Postgraduate School. His master’s thesis (2011), “Braving the Swarm: Lowering Group Bias in Integrated Fire/Police Units Facing Paramilitary Terrorism,” proposed how advancements in social identity theory could encourage group acceptance in interagency units responding to active shooter incidents that include fire and smoke.