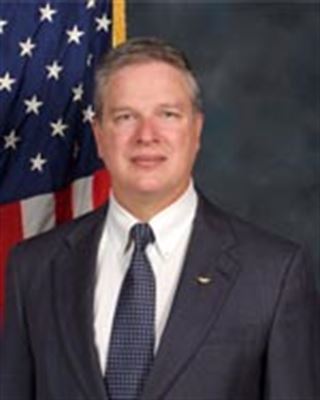 Mr. Michael A. Collins is the Deputy to the Commander of Joint Task Civil Support (JTF-CS), Joint Base Langley-Eustis, Virginia, USA in a Department of the Air Force civil service capacity. Collins joined JTF-CS in 2006 as a U.S. Navy Captain. JTF-CS is the nation’s only standing Chemical, Biological, Radiological and Nuclear (CBRN) JTF ready to deploy within 24 hours. If called upon, JTF-CS provides command and control of 5,200 federal military forces located at more than 36 locations throughout the nation acting in support of civil authority response operations. Collins graduated from Loyola University of the South in 1981 with a degree in Computer Science, and received his commission from Tulane University NROTC. He received his wings as a Naval Flight Officer in July 1982. He has over 3,200 flight hours in the EA-6B Prowler and 930 carrier arrested landings. Collins served in Operations Desert Shield and Desert Storm and received various awards for leadership.