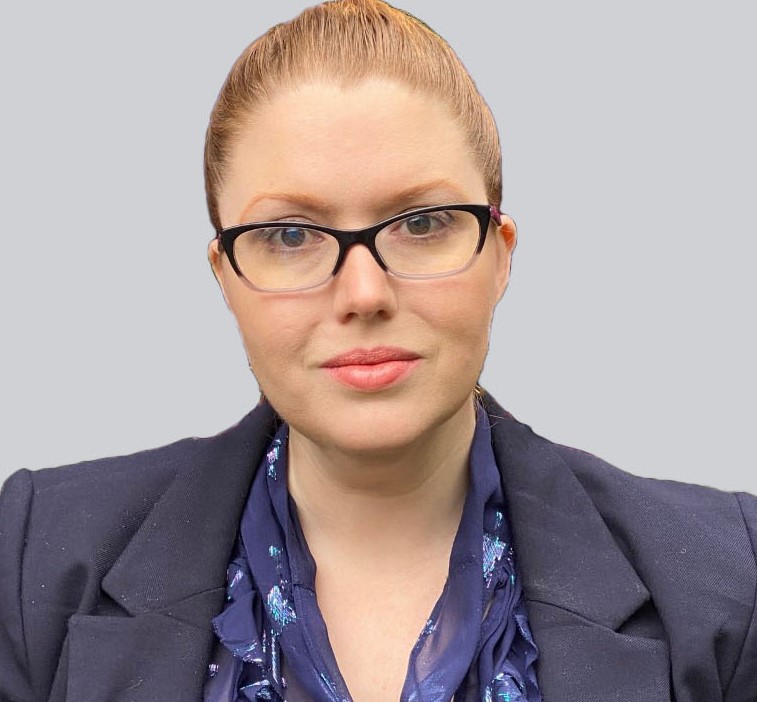 As well as JPEO CBD, JPM Sensors and SCDF, we also now have a speaker from the Office of the Secrtary of Defense. We are delighted to welcome Vanessa Eddy, Senior Biodefense Advisor for the Assistant Secretary of Defense for Homeland Defense and Global Security onto the programme! More information on the programme can be found here

Four days of bitesize lectures, a virtual exhibition, all kinds of prizes to be won and all for FREE! Pre-register via This email address is being protected from spambots. You need JavaScript enabled to view it. and registration will go live on October 2. 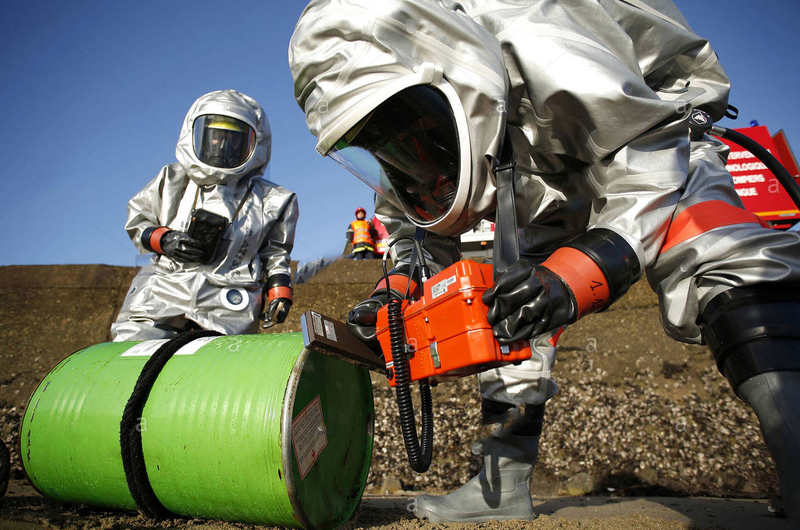 Our Exhibitors list is growing by the day.  We plan to publish the full list in the next few weeks, so hold on to your hats masks - it's going to be a goodie. 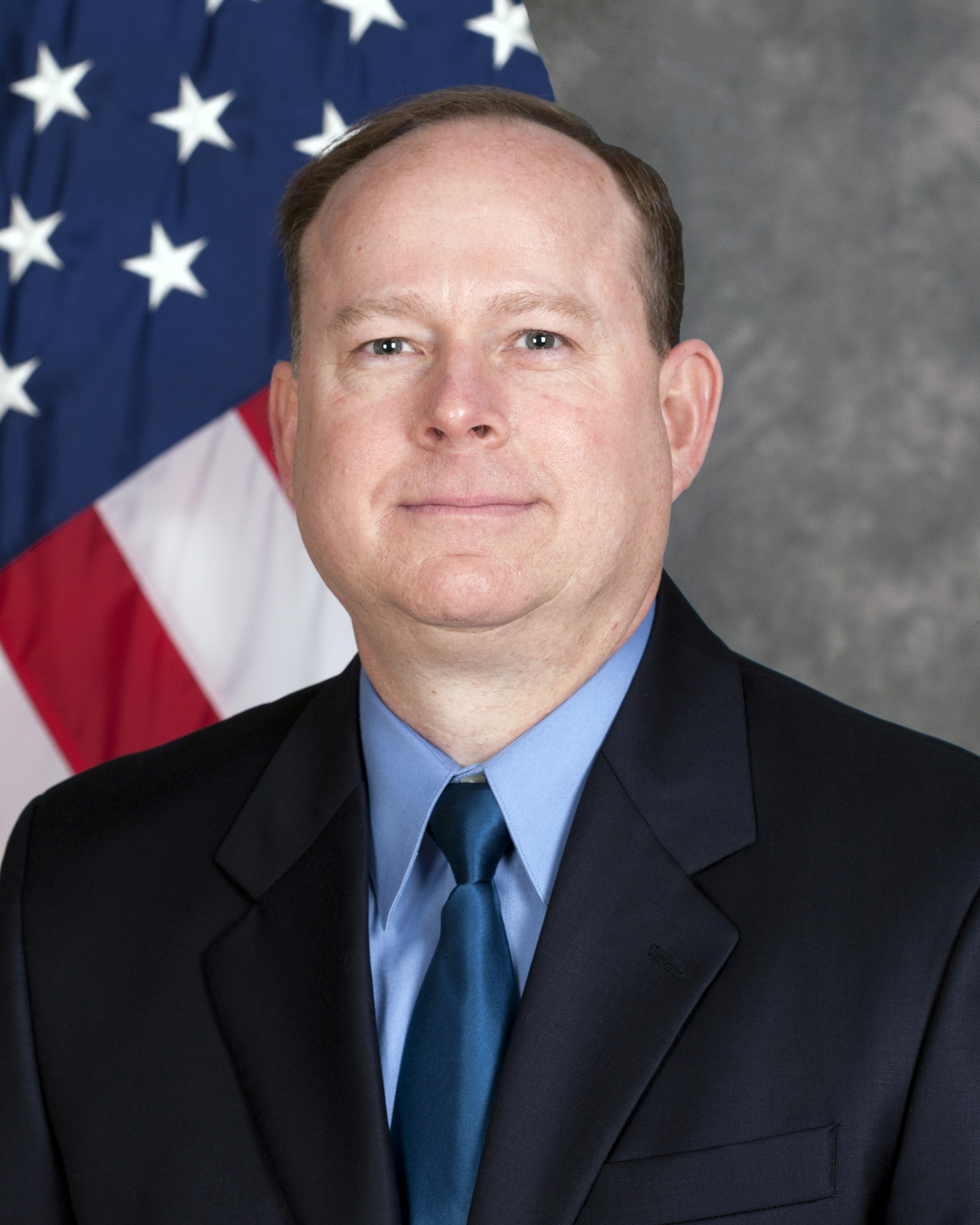 Prior to joining the Joint Program Executive Office for Chemical, Biological, Radiological and Nuclear Defense, Mr. Seacord served as the Product Manager/Director for Medium Caliber Ammunition, Project Manager Maneuver Ammunition Systems, under Program Executive Office Ammunition at Picatinny Arsenal, NJ. He served as the PM/PD from February 2007 to July 2018 and was responsible for the development of all Army medium caliber munitions and the procurement of all Services medium caliber munitions. 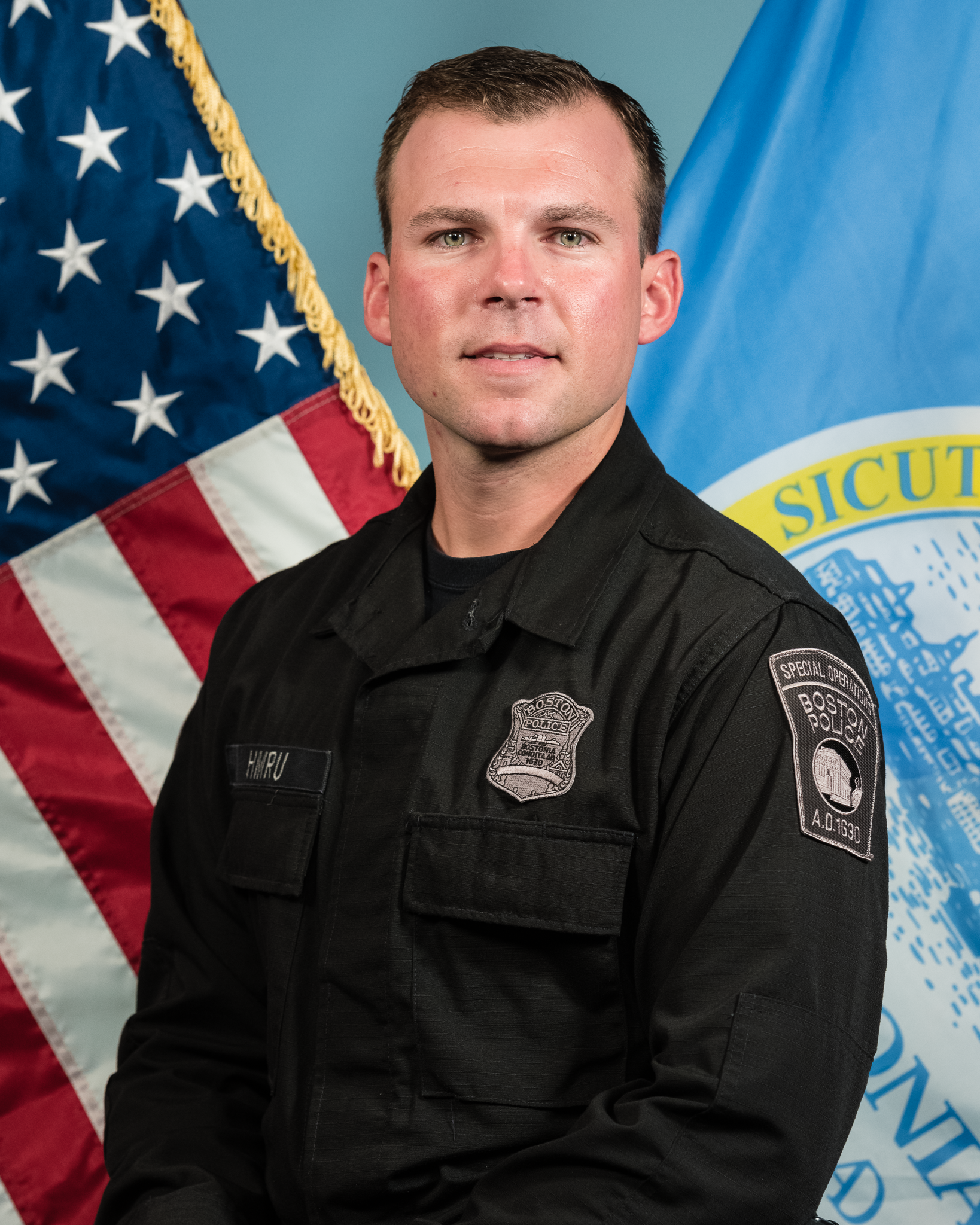 Officer Zachary Crossen serves as a Police Officer for the Boston Police Special Operations Division, Hazardous Materials Response Unit (HMRU) and as a Captain in the Massachusetts Army National Guard.

Officer Crossen earned a BS degree in construction management from the Wentworth Institute of Technology, and received  a MA degree in criminal justice with a concentration in security studies from the University of Massachusetts.

Officer Crossen serves as a hazardous materials technician and liaison for the Boston Police Department. He also serves as a company commander in the Massachusetts Army National Guard. His unit’s domestic missions include the command and control of the Region 1 Homeland Response Force, which manages the regions Army and Air Force National Guard CBRNE assets.

We are pleased to announce new speakers have been added to the CBRNe Convergence 2020 - Bitesize Boston Programme.

Signing on to join us, and bringing interesting talks to the table, are:

Don't forget you can pre-register for the event by emailing This email address is being protected from spambots. You need JavaScript enabled to view it. 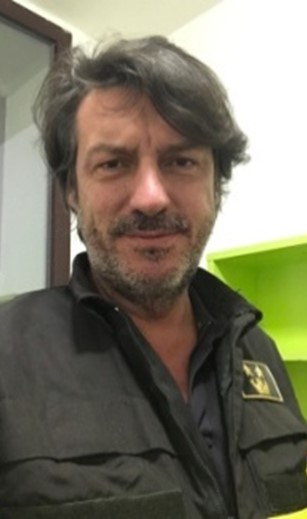 Lt. Col.  Edoardo Cavalieri d'Oro has worked for the Italian National Fire and Rescue Services since 2004 and heads the CBRN unit in the region of Lombardy from the Milan headquarters since 2013.

He graduated in nuclear engineering at the Polytechnic of Milan and then specialized at the Massachusetts Institute of Technology in the areas of risk assessment applied to nuclear non-proliferation, and in the area of management and system design. Later on, he graduated at Tor Vergata University in Rome obtaining the certification as advisor in civil protection against CBRN events.

In 2018 he was nominated as national expert in CBRN and sits on a panel of national experts at the Directorate General European Civil Protection and Humanitarian Aid currently working on the design of new CBRN international modules for emergencies.

In addition to the tasks related to the CBRN, from 2018 Edoardo holds the position of national coordinator for the INSARAG activities of the Heavy USAR team certified at the end of 2018.

He has participated in various missions including the earthquakes in Italy in 2016 and in 2012, and in the planning operations of the Genoa Bridge and Bologna Bridge accidents in 2018.  At the end of 2019, he headed the USAR Coordination Cell of the earthquake in Albania managing more than 15 teams and 500 units. Following the devastating explosion that occurred in in summer of 2020 in Lebanon, he has been sending CBRN specialists to map chemical risks in the affected area. During the covid.19 crisis, he designed the only laboratory for the diagnosis of SARS-COV-2 managed by fire and rescue services operators.

Edoardo is the author of various publications in the field of risk assessment, of the NBCR and of the use of rescue technologies, including the system called Space Fly Multiagent (SFM) designed for the emergency response of major NBCR events. Dr. Saito is a distinguished expert in public health emergency preparedness and response, especially on biological events such as pandemics, emerging diseases, and bioterrorism. He is a member of COVID-19 Response Task Force in MHLW. He is also advising national and local governments on public health preparedness for a mass-gathering event. He has provided various table-top exercises for pandemic and bioterrorism response for local governments. From 2011 to 2014, Dr. Saito was a medical officer at the Ministry of Health, Labour and Welfare (MHLW) of Japan in charge of medical countermeasure preparedness for CBRN events and coordination for responding to public health emergencies.

He coordinated public health and medical response to the Fukushima nuclear power plant disaster in 2011. He also directed technical management and coordination of preparedness and response to emerging diseases such as influenza A/H7N9, MERS, SFTS and Ebola virus diseases. Before joining MHLW, Dr. Saito was the instructor in the Department of Tropical Medicine and Parasitology and conducted a pandemic flu surveillance study and a clinical research on smallpox vaccine. He planned and organized a project on promoting bioterrorism preparedness and related R&D at Keio University Global Security Research Institute as a project manager from 2007 to 2011. 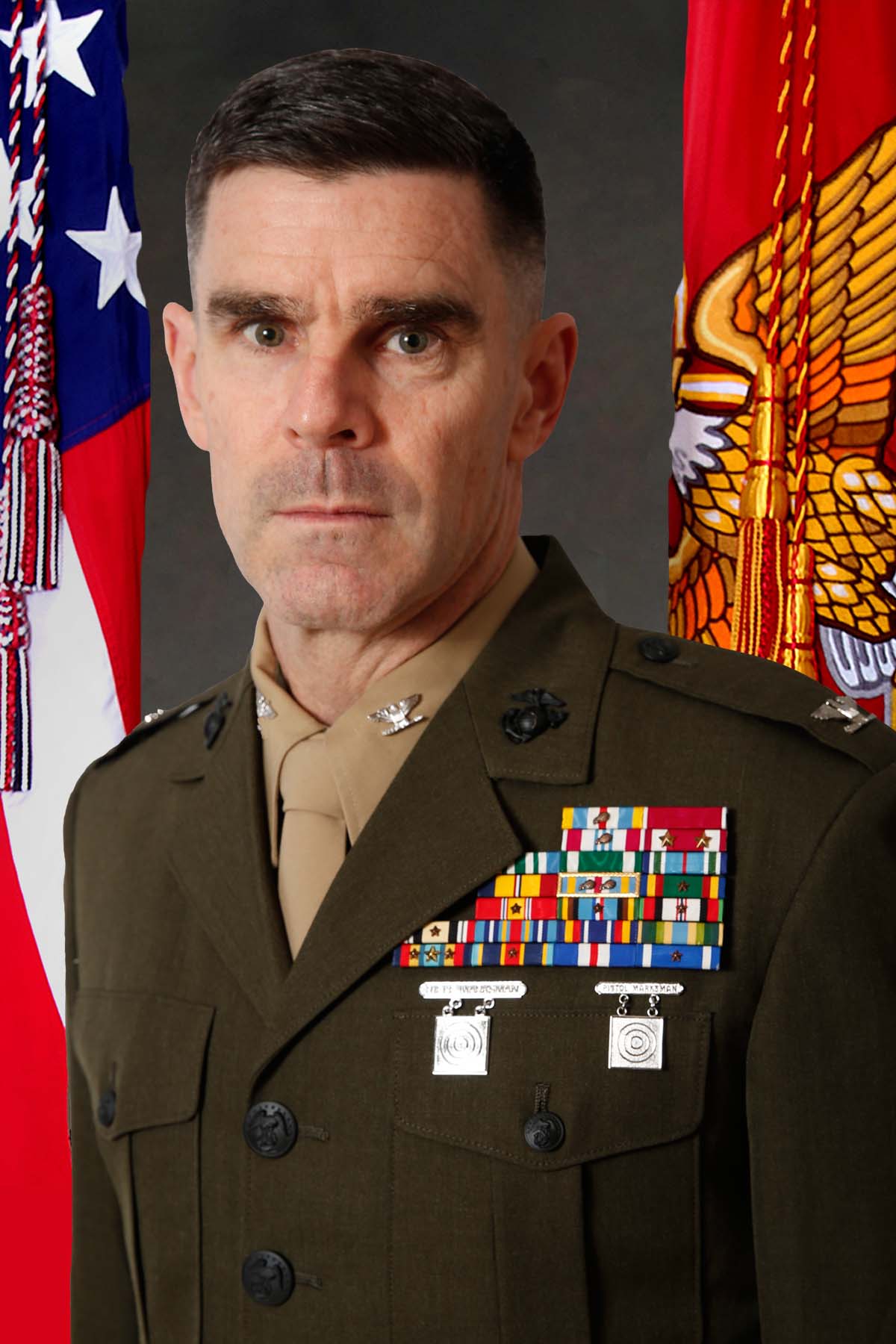 Joint tours include service as an associate general counsel in the Department of Defense Office of General Counsel (2018-2019), as the Legal Counsel to the Commander, United States Africa Command (2014-2018), as the Deputy SJA and Chief, Operational Law at United States Central Command (2006-2009), and as a program manager with the Defense Institute of International Legal Studies (1999- 2001).

Operational tours include concurrent service as the Legal Advisor to the Commander, International Security Assistance Force and the SJA to Commander, US Forces Afghanistan in Kabul, Afghanistan (2012-2013). Additionally, Col Riley completed deployments to the Mediterranean and Arabian Gulf as the SJA, 24th Marine Expeditionary Unit (1995-1998), and served as the Regimental Judge Advocate, Regimental Combat Team 7, 1st Marine Division (Rein), I Marine Expeditionary Force, during combat operations in Al Anbar, Iraq (2004-2005). Col Riley served as the Commanding Officer, Region 7 (North and West Africa), Marine Corps Embassy Security Group (2009-2011), and as an advisor to the Sierra Leone Armed Forces with the British International Military Advisory and Training Team (2002).

An updated programme for our Bitsize Boston event is now available. Click here to see the line up of speakers we have prepared for our first virtual outing! 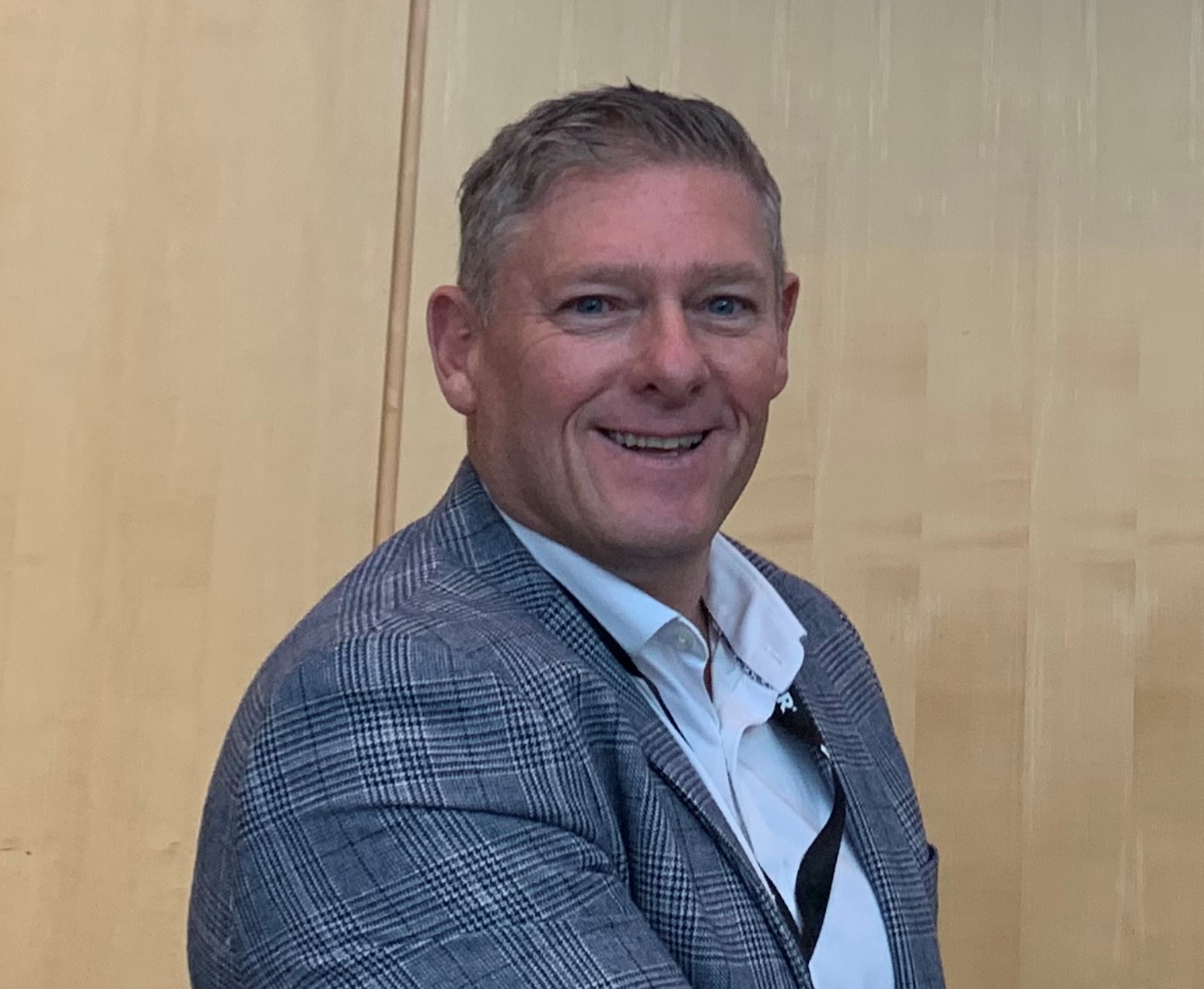 Former Remploy Frontline General Manager, Chris Jackson has operational and commercial experience covering 13 years across the CBRN/PPE space. The original pioneer of the Kestrel CBRN suit system, he developed a Thermal Load Reduction direction for the R&D function at Remploy and has continued to work on new suit development projects with the common theme of reducing stress on the end user.

Although his primary role in OPEC CBRNe is Commercial, he has continued to update his technical knowledge and completed Cranfield Universities ‘CBRN Defence Science’ course with that aim. Having also developed strong relationships with the major suppliers of technical textiles, the testing houses and ancillary suppliers, he has become a genuine all-rounder in the CBRN field. 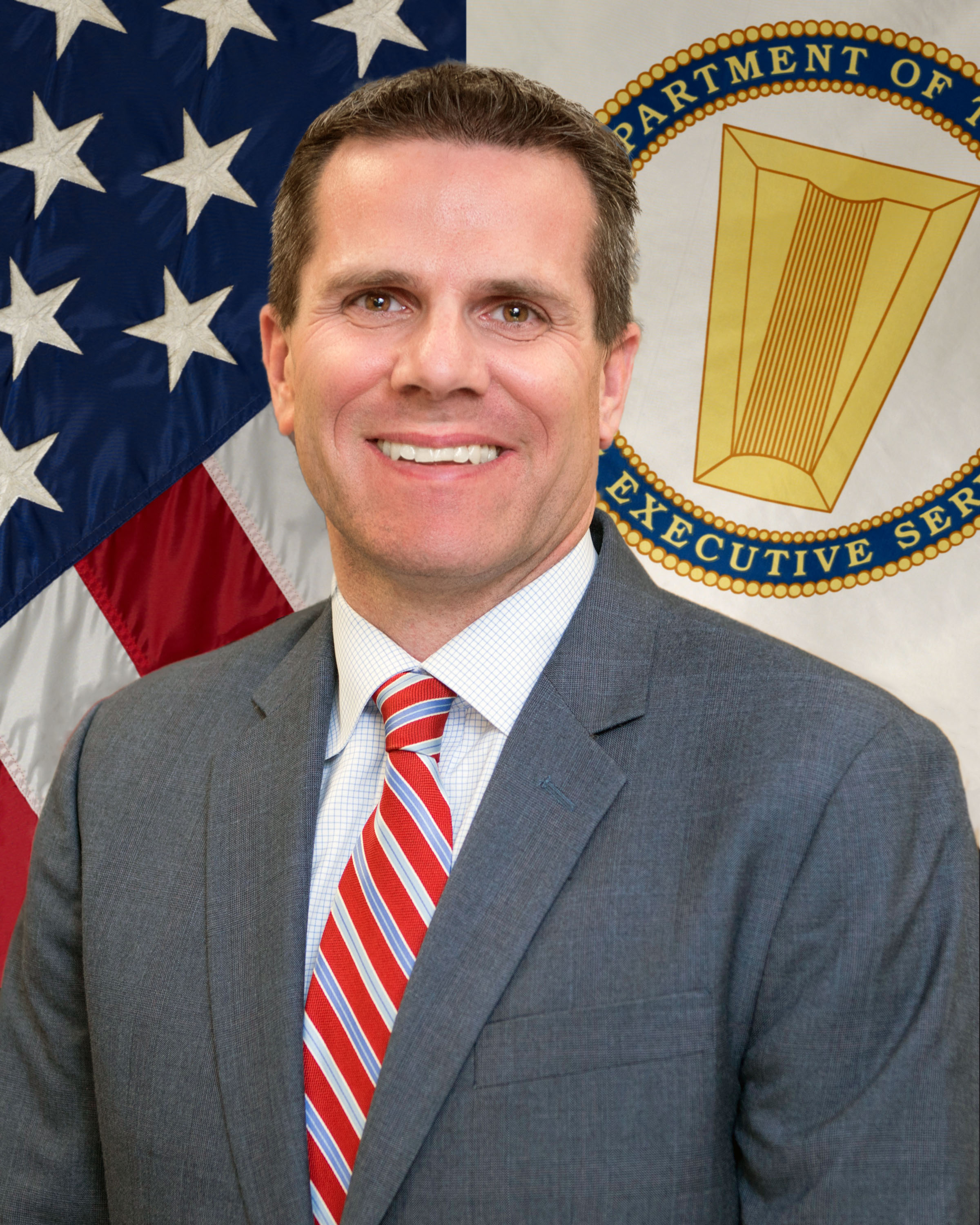 He provides management and technical direction to the entire portfolio, the headquarters functions, and the Chief of Staff. Dr. Roos leads civilian and military multi-disciplinary teams whose mission is to protect the U.S. Joint Forces and nation from chemical, biological, radiological and nuclear (CBRN) threats by generating affordable and state-of-the-art capabilities. As a career Army acquisition professional and Ph.D. scientist, he brings a unique blend of acquisition, technical and business expertise to the CBRN defense portfolio. Dr. Roos engages with Congressional members and staff, Army and Department of Defense on CBRN defense program management and execution. He also interfaces with the science and technology (S&T) community, and coordinates CBRN defense technology needs with DoD S&T agencies, interagency elements, international partners and commercial industry.

Dr. Roos has held numerous management positions within the JPEO-CBRND, leading innovation and reform in CBRN defense acquisition. He was the Director of the Biosurveillance Management Office (BMO), managing a portfolio of programs to field capabilities to enable early detection and warning of global health threats. Prior to the BMO, Dr. Roos led the Joint Product Management Office for Biosurveillance – Provisional where he conducted total life cycle management of the Joint Biological Agent Identification and Diagnostic System, the Next Generation Diagnostic System and the Critical Reagents Program.

Dr. Roos holds a Bachelor of Arts Degree in Chemistry from the College of the Holy Cross; a Ph.D. in Biochemistry, Cellular and Molecular Biology from the Johns Hopkins University School of Medicine; and a Master of Science in National Resource Strategy from The Eisenhower School at National Defense University. He is a Certified Acquisition Professional. 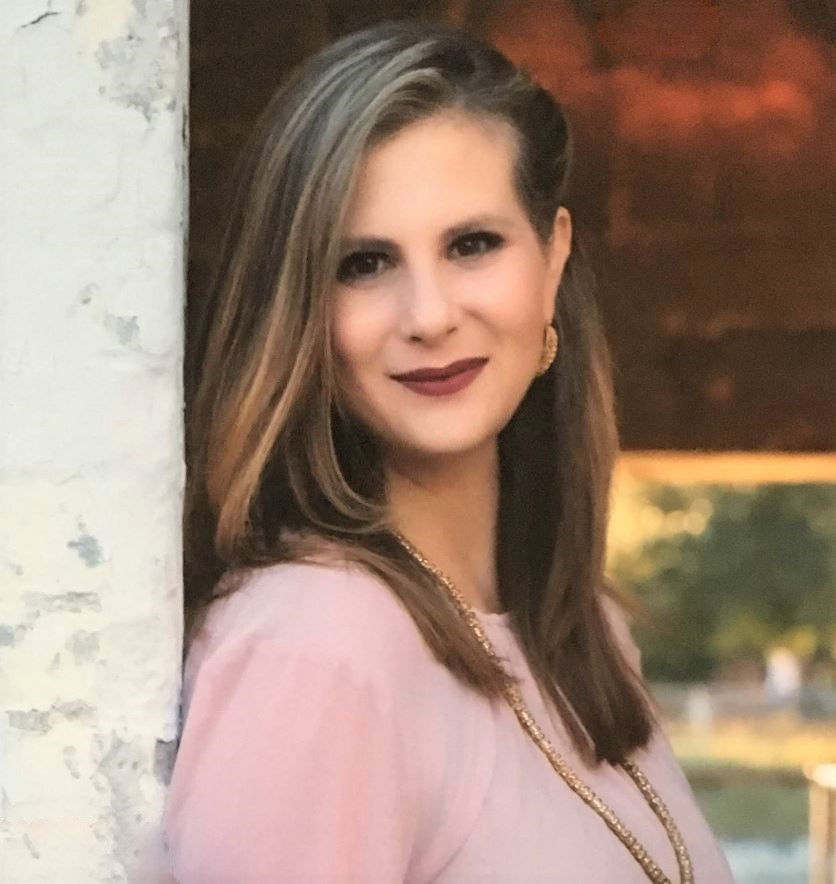 Christina Flowers has over 15 years of experience working with city, state, and federal government in biothreat response operations, mobile/field laboratories, and CBRNE preparedness. She specializes in biological field identification and mitigation techniques, methods and doctrine, specializing in polymerase chain reaction [PCR] and melting curve analyses in austere environments. Christina has a Masters of Public Health in Epidemiology and Health Administration, and a Bachelors of Science in Biology.  She is currently responsible for commercial account management for BioFire Defense: A technology innovation and product development company that has been supplying solutions to field forces and laboratories for biothreat detection and disease surveillance since 1990.